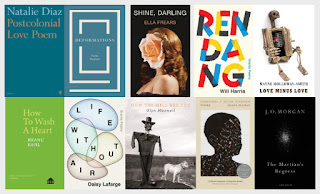 Tony Cross set himself the task of reading every book on the shortlist for the prestigious T S Eliot Prize. Here's what he thought of each of them and who he thinks should win...

The T.S. Eliot Prize winner is announced on January 24th, 2021 and the prize comes not just with kudos but with £25,000, which not to be sniffed at, especially if you are a poet. I read all ten collections on the shortlist, which was the result of a commitment I had made to myself to read more poetry in 2020. I will talk briefly about each collection and then pick my personal choice for the Tony Cross Poetry Prize. Alas, for the winner this prize comes with almost neither kudos nor money.

I must admit that I do not necessarily have the tools to provide an in-depth technical analysis of poetry. I am no academic. My approach to poetry is echoed in that cliché about modern art: I may not know a lot about poetry, but I know what I like. 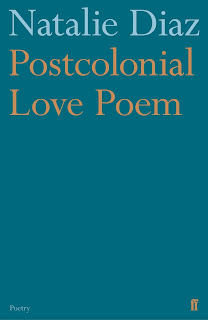 This is a fantastic collection. 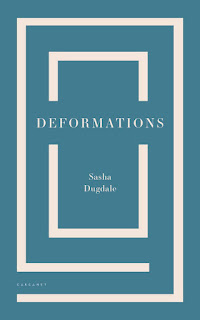 Deformations by Sasha Dugdale (Carcanet Press) was the first book I read in 2021. It is divided into three sections, each with a different theme. It was not always an easy read.

The first section in particular, ‘Welfare Handbook’, which is about Eric Gill the sculptor who, notoriously, also sexually abused his two daughters I struggled to get my head around. That is not necessarily a bad thing. Not everything I read must be simple and straightforward. Sometimes you want something that makes you think more deeply. It was the final section, ‘Pitysad’, that I enjoyed the most. ‘Pitysad’ is a reworking of The Odyssey in a more modern, less mythical setting and it has a real power to it. 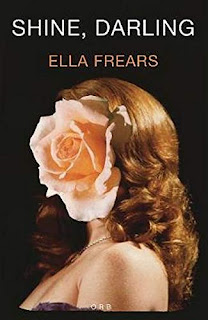 Shine, Darling by Ella Frears (Offord Road Books) was marvellous. It is her debut collection. There is an intimacy to it, a real feeling that Frears is opening herself up to us, but maybe I am reading too much into it.

There are some genuinely funny things in here, 'You a St. Ives Modernist' being a particularly good example. Plus, any poetry collection featuring a poem called 'Fucking in Cornwall' is going to get my vote. Perhaps I am easily pleased by simple swearing? 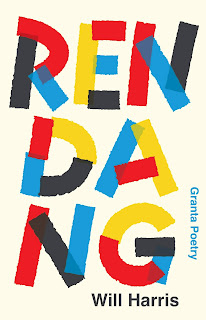 RENDANG by Will Harris (Granta Poetry) manages to feel well-crafted without losing its emotional core. Even by the standards of poets every line, every word, feels carefully curated. I felt that Will Harris looked at each phrase and - to steal a line from Clive James - turned it until it caught the light.

It seems personal too. I never know, even when a poet is using 'I' how truthful that 'I' is. With RENDANG, I felt that the 'I' was Will Harris. That this was his experience, his upbringing, and his truth. There is a certain meta quality to some of the poems too. A good example being 'From the other side of Shooter's Hill', he uses his girlfriend's experience and she explicitly says:

"Don't you dare think about using me in a poem..."

Then he uses her in a poem.

These are literary poems without being drowned in pretension. There are lines from other poems and songs dropped in. Books and albums are mentioned. There is even a mention of the American poet and novelist H.D. who I think is a writer that only I have read in the last fifty years, even though I know I am not. Love Minus Love by Wayne Holloway-Smith (Bloodaxe Books) was probably the one book on this list that I did not get on with. I just could not get attuned to it. I could recognise the quality of the poetry, but I could not make a proper emotional connection with it. Was it the subject matter? I do not know. If I was a professional analyser of poetry, I might be able to work it. I do want to come back to this though because I do feel that I am missing something. 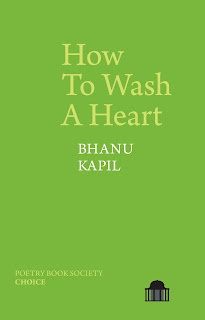 How to Wash a Heart by Bhanu Kapil (Pavilion Poetry) is a slim collection and Kapil's first collection of poetry published in England. On the surface it is about what it means to be a guest in someone's home, but it is about the relationship between an immigrant and the nation that takes them in.

When we talk about immigration and 'fitting in' we never really ask what damage we create trying to force immigrants to 'fit in'. What gets culturally lost. Kapil makes us - well, me - think about these questions. Do we diminish people by forcing our culture on them? A culture that, in a lot of cases, we spent centuries trying to force on people in their own countries. We now try to escape the responsibility that comes with the consequences of our Empire and pretend it never happened or that, if it did happen, it was a force for good.

How to Wash a Heart makes you understand what was lost and the cost of that loss. 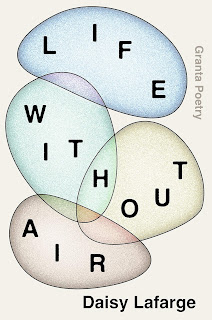 I really enjoyed this collection.

It was not always an easy read. I had to dip into the dictionary a couple of times, but, as I have already said, that is no bad thing. I do not need - or want - to be spoon-fed when I read. Or at least not with every book I read.

I also liked, and this may appear to be a stupid thing to say about a poet, Lafarge's apparent joy in words. Her use of multi-syllabic words precisely applied is a delight. Sometimes a simple word is not the best word and if that means more work for the reader then why is that a bad thing? None of this is impenetrable.

I particularly enjoyed 'Feed', 'mineral intimacy', 'afflection', 'dog rose duende', 'A Question for Zeno', which is the longest poem in the collection, and 'understudies for air'. 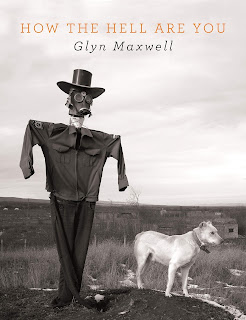 How the Hell Are You by Glyn Maxwell (Picador Poetry)

I enjoyed this. It was not always straightforward. It was well-crafted, thoughtful, clever, and - if I understood it, which is moot, moving. Although perhaps the poem I liked best, ‘Song of Until’ was the simplest and most direct of them all.

But once again I am frustrated that despite all the poetry I have read this year I struggle to convey what it was that worked so well for me. Sometimes you had to re-read and backtrack to get a proper sense of what was being said. Sometimes it was simple. Perhaps I am not as clever as I like to think? Perhaps all this time in lockdown has dulled my senses? Perhaps I am worrying too much. 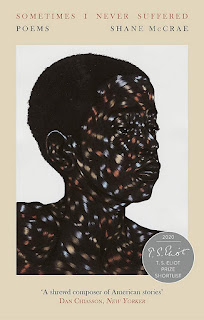 McCrae's collection is magnificent. It tackles big themes in intimate ways. There are four sections. Two feature the Hastily Assembled Angel, who was created and cast down to Earth by other Angels, and two feature Jim Limber. Jim Limber was, in the real world, the 'adopted' mixed-race son of Confederate President Jefferson Davis.

The Hesitating Angel shows us a world in general and Jim Limber is our guide to Heaven and Hell and unsettled issue of race in America. Particularly brilliant in the Jim Limber sections is the long play poem 'Old Times There', which sees Jim Limber in heaven watching and communicating with Jefferson Davis in Hell. McCrae’s gives us an interesting take on what Hell is. The whole collection had a vivid dreamlike quality to it. 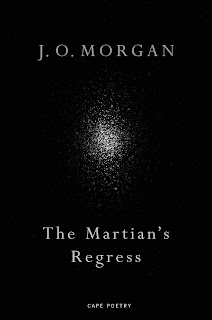 This collection is the story of the Martian, who is fat and black, and his companion who appears to be an artificial white feminine creation. It has been sent from Mars to Earth. Martian life seems nasty and brutish with its dangerous and destructive climate, its cruel stories, and its painful sounding sexual practices.

The Earth is empty. We do not know why, although the implication is it was humanity’s own fault. We do not know when this emptying happened. The Earth that the Martian wonders seems to be a 20th-century one, with its Bakelite phones etc.

"And there were those who made the world to be this way,
And those who discovered it just the way it was."

The Martian visits a museum and a cathedral twisting exhibits and smashing windows. He finds his own footprint and trails off on a painful journey. Eventually the Martian stays with his companion also abandoning the rocket, which they then both watch fail to launch properly.

That is the 'story', but what is it about? Well, it seems to be about our dirty capitalist individualism and our failure to deal with the challenges we are facing as a planet.

Morgan's poetry has an opaqueness about it that I sometimes struggled to get my head around, but there is a real beauty and cleverness to it at times. There is a deliberate uncertainty about which poems are about Earth and which ones are about Mars.

And there you have the shortlist.

There was not a bad book amongst them, which I suppose you would expect and even the one that I really did not vibe with – to use a highly technical term – Love Minus Love was clearly good poetry. I do not think you need to hide from the fact that even a good book does not always reach you in the way it does for others. We are all having our own conversations with the text.

So, who will win the inaugural and not very prestigious Tony Cross Poetry Prize for 2020? It is a tough call, but for me it would probably be Shine Darling by Ella Frears. By a smidgen. But ask me in a month and I might think differently. The T.S. Eliot judges may pick someone else. We will find out on January 24th.