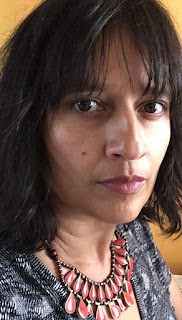 The T. S. Eliot Foundation has announced the winner of this year's T. S. Eliot Prize for poetry...

After months of further reading and deliberation, Judges Lavinia Greenlaw, Mona Arshi and Andrew McMillan chose the winner from a shortlist which included an exciting mixture of established poets and relative newcomers including three debut collections, work from two Americans, as well as poets of Native American, Chinese Indonesian and British, Indian and mixed race ancestry. Nine publishers were represented, more than for many years, with five titles from new or recently-established presses.
Chair Lavinia Greenlaw said, ‘Our shortlist celebrated the ways in which poetry is responding to profound change, and the stylistic freedom that today’s poets have claimed. From this impressive field, we unanimously chose Bhanu Kapil’s How to Wash a Heart as our winner. It is a radical and arresting collection that recalibrates what it’s possible for poetry to achieve.’
She added that the collection brought to mind "what Edward Said refers to as the ‘discontinuous state of being’ of the immigrant. It is related by an immigrant guest, who is staying in the home of a citizen host. Her disempowerment can only be countered by freedom of thought, which in turn is compromised by the ongoing cost of survival. In this piercing work, the heart, like its owner, is excised, emblematised and recast."

Bhanu Kapil was born in England to Indian parents, and she grew up in a South Asian, working-class community in London. She lives in the UK and US where she spent 21 years at Naropa University in Boulder, Colorado. She is the author of six books of poetry/prose: The Vertical Interrogation of Strangers (Kelsey Street Press, 2001), Incubation: a space for monsters (Leon Works, 2006), humanimal (Kelsey Street Press, 2009), Schizophrene (Nightboat, 2011), Ban en Banlieue (Nightboat, 2015) and How to Wash a Heart (Pavilion Poetry 2020), her first collection to be published in the UK, which was a Poetry Book Society Choice.  Bhanu’s publisher, Pavilion Poetry, which was set up seven years ago, is a new imprint of Liverpool University Press.

Lavina Greenlaw announced the winner of the 2020 T. S. Eliot Prize at the end of the T. S. Eliot Prize Readings streamed from the Southbank Centre on Sunday 24th January. All ten poets read to an international audience in a fantastic evening of poetry. The broadcast version will be available until 31 January from the Southbank Centre: Here
Email ThisBlogThis!Share to TwitterShare to Facebook