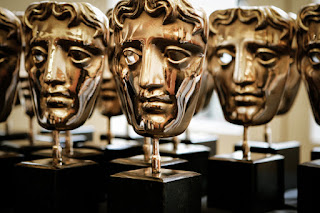 Ground-breaking contemporary filmmaker Ang Lee will be honoured with the Fellowship at the EE BAFTA Film Awards 2021 on Sunday...
Press Release

The British Academy of Film and Television Arts (BAFTA) will honour multiple BAFTA award-winning filmmaker Ang Lee with the Fellowship at the 74th EE British Academy Film Awards, which will be shown on Sunday 11th April on BBC One.

Lee is one of the world’s most pioneering and revered contemporary filmmakers whose ground-breaking films are highly acclaimed spanning multiple genres throughout his producing, writing and directing career. 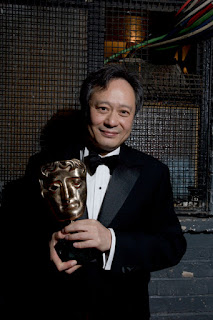 He first rose to prominence in the 1990s with his Taiwanese Father Knows Best comedy trilogy consisting of Pushing Hands, The Wedding Banquet and Eat Drink Man Woman, all of which he co-wrote, produced and directed.

These films received acclaim in the US and internationally, with The Wedding Banquet winning the Golden Bear at the Berlin International Film Festival as well as being nominated for Best Foreign Language Film at the Oscars® and the latter leading to his first BAFTA nomination for Film Not in the English Language in 1995.

In 2000, Lee produced and directed the martial arts action-adventure Crouching Tiger, Hidden Dragon, one of his most critically acclaimed cinematic masterpieces. The film dazzled global audiences, grossing over $213 million worldwide and holds the record for the highest grossing foreign language film in US history. The film was nominated for 14 BAFTA Film Awards and 10 Oscars®, winning four at each ceremony including a BAFTA for Director and Film not in the English Language and an Oscar® for Foreign Language Film.

Five years later, Lee was back on the global stage with his ground-breaking LGBTQ+ love story Brokeback Mountain starring Jake Gyllenhaal the late Heath Ledger. The film struck a chord with critics and audiences alike and was a turning point for queer cinema breaking into the mainstream. The film garnered nine BAFTA nominations and won four: Best Film, Director, Adapted Screenplay and Actor in a Supporting Role. He also won Best Director at the Oscars®.

Lee once again broke new ground with the visually stunning 3D CGI epic Life of Pi, pushing the limits of technology and storytelling to deliver an emotionally resonant tale about a teenage boy lost at sea with a fearsome Bengal tiger. His most successful film to date, the film grossed over $600 million worldwide and garnered further awards recognition: nine BAFTA Film Award nominations and a Children’s BAFTA win for Feature Film in 2013 as well as another Oscar® for Best Director.

Marc Samuelson, Chair of BAFTA’s Film Committee said: “Ang Lee is a master of his craft. He is an incredibly versatile, daring and exceptional filmmaker who effortlessly moves between genres. His films have been truly ground-breaking both in terms of their technical expertise and for the subject matters he tackles. His pioneering work in Crouching Tiger, Hidden Dragon, Brokeback Mountain and Life of Pi and so many other titles not only showcase his technical ability and deep understanding of the filmmaking process, but also his ability to infuse every story – no matter how epic or simple – with humanizing characters we can all relate to on an emotional level through his exceptional work. We are thrilled to present him with BAFTA’s highest honour.”

Ang Lee commented: "England has been particularly good to me in my career, especially with Sense and Sensibility, which was like a second film school for me. It's a tremendous honour to receive the Bafta Academy Fellowship and be counted among such brilliant filmmakers.”