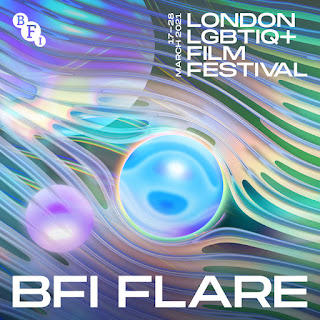 The 35th edition of BFI Flare: London LGBTIQ+ Film Festival closed on 28th March and celebrated reaching increased audiences across the UK and internationally thanks to going online. Here are some facts and figures...

In a continued partnership between BFI Flare and British Council, the seventh edition of the global campaign #FiveFilmsForFreedom saw worldwide audiences of 1.7 million viewers engage with the five featured short films online.

Over 12 days between 17th – 28th March, BFI Flare was more accessible to audiences across the UK than ever before, with 26 virtual feature premieres and 38 free shorts screened from 23 countries on BFI Player. BFI Flare hosted 4 World Premieres, 6 International Premieres, 1 European Premiere and 10 UK Premieres from across the features programme.

In a first for BFI Flare, each film was available for ticket holders to watch at any time throughout the duration of the festival. Additional elements included exclusive intros and Q&A’s with filmmaking talent and programmers and discursive panels. The BFI Flare programme was made even more accessible to audiences through closed captioning (supported by Mishcon de Reya) and audio description on all English-language films. Over 40% of virtual attendance for films came from outside of London and included key cities with Manchester, Birmingham, Bristol, Glasgow and Sheffield seeing the biggest audiences for features. 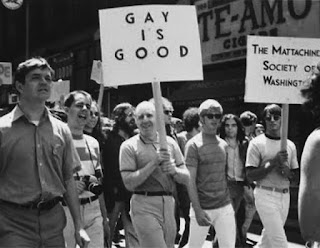 For the seventh year, BFI Flare and the British Council made five LGBTIQ+ short films from the BFI Flare programme available to global audiences with the ground-breaking #FiveFilmsForFreedom LGBTIQ+ digital campaign. The project allows audiences worldwide to show solidarity with LGBTIQ+ communities living in countries where human rights are restricted. Over the 12 days of the festival, audiences worldwide in at least 133 countries have totalled 1.7 million views of the five films across online channels, with the total hashtag reach at 1.3 million.

Tricia Tuttle, BFI Festivals Director says: “BFI Flare is the BFI’s fourth digital or digital hybrid Festival in 12 months, after Flare and London Film Festival in 2020 and BFI Future Film Festival earlier this year; these are festivals which champion great UK and international cinema, work which showcases different voices, different perspectives and stories which better help us understand ourselves and others. And as an organisation, this digital delivery has helped BFI go warp speed in our aims of offering access to audiences throughout the whole of the UK, with over 40% of audiences from these Festivals coming from outside of London.”

The Festival’s Events programme welcomed actor Russell Tovey for a BFI Flare Screen Talk to discuss his stage and screen career, a free event that was accessed by UK and international audiences via the BFI YouTube channel and BFI Flare Facebook Live. In recognition of their important contribution to LGBTIQ+ cinema and television, The Makers series saw conversations with Oscar-nominated filmmaker, journalist and author David France (Welcome to Chechnya) and writer-producer Joy Gharoro-Akpojotor (Blue Story), discussing their craft. Virtual discursive events were also held, including Well Rounded: A Conversation, which drew on themes raised in the documentary WELL ROUNDED, celebrating a more open approach to marginalised bodies; and Rebel Dykes: A Conversation, the accompanying discussion to REBEL DYKES, expanding on the film’s exploration of artistic and social expression, and how it helped transform attitudes in 1980’s Britain.