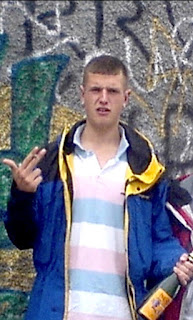 Synchronicity Films has announced that they are optioning the rights to Graeme Armstrong’s debut novel, The Young Team, to be developed as a TV series...

Award-winning production company Synchronicity Films (The Cry, Only You) has optioned the rights to Graeme Armstrong’s acclaimed debut novel The Young Team (Picador, 2020), which it is developing as a bold and provocative scripted series.
2005. In the housing schemes of Airdrie, North Lanarkshire - Scotland’s former industrial heartland - teenage boys become postcode warriors, amidst a violent booze and blades culture. Alan ‘Azzy’ Williams (15) joins the Young Team (YTP). A brutal conflict with their rivals, the Young Toi (YTB) escalates, leaving Azzy firmly at its heart.

This TV adaptation of Graeme Armstrong’s novel will follow Azzy during three crucial years of his life. It will view the world through his eyes as he navigates Scottish masculinity, gang violence, substance abuse, mental health, male suicide and murder. Transitioning from adolescence into manhood, Azzy faces the biggest battle of all – the fight for a different future.

Set against the backdrop of Scotland’s decaying high-streets and deprived small-town communities, this is an ultra-realistic portrait of a territorial gang conflict and so-called ‘recreational violence’, which earned neighbouring Glasgow the title of Europe’s ’Murder Capital’ by the World Health Organisation in the same period. Armstrong’s visceral novel, which was inspired by his own experiences, gives a previously unheard voice to a group of young characters on the margins of post-industrial society.

Claire Mundell, Founder and Creative Director at Synchronicity Films, said “Graeme’s novel vividly and honestly depicts the realities of life for a disenfranchised and much demonised section of working-class youth, young people on the margins of society who are too often under-served and misrepresented on screen. Scottish literature couldn’t be hotter right now and Graeme’s debut novel is another brilliant addition to the landscape, heralding an important new voice. We are thrilled to be working with Graeme, Ben and Adrian to collaborate on an authentic scripted adaptation of this seminal novel.”
BAFTA award-winning Adrian McDowall (The Last Czars) will direct the adaptation, with leading British writer Ben Tagoe on board as screenwriter. Graeme Armstrong will act as consultant on the project. 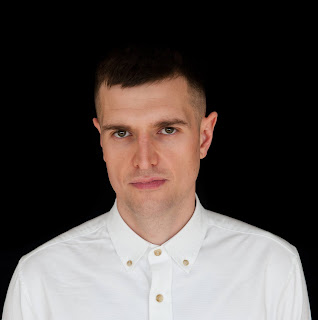 Graeme Armstrong is a Scottish writer from Airdrie. His teenage years were spent within North Lanarkshire's gang culture. He was inspired to study English Literature following his reading of Irvine Welsh's Trainspotting at just sixteen. Alongside overcoming his own struggles with drug addiction, alcohol abuse and violence, he defied expectation to read English as an undergraduate at the University of Stirling; where, after graduating with honours, he returned to study a Masters' in Creative Writing.

Graeme said of the adaptation, “I am absolutely buzzing to be working with Claire Mundell at Synchronicity and the team to develop The Young Team for the screen. Their understanding of the landscape, both geographical and cultural, has made for an exciting coming together of multiple talents. Screenwriter, Ben Tagoe, has first-hand understanding of the transition of UK youth culture from 80s terrace casuals and rave pioneers, into the new and darker world of 00s Scottish young team gang culture. His experiences and voice are akin to my own. Already, there is a deep respect for this story, shared responsibility around working-class representation and the handling of important themes of gang violence, poverty, addiction and mental health. I cannot wait to see Synchronicity bring it to life. The Young Team is in very safe hands.”

Adrian is a double BAFTA award-winning filmmaker working across drama, documentary, comedy and television commercials. Recent credits include lead director of new six-part Netflix series The Last Czars; Jesus - His Life, an eight-part event series commissioned by A+E Networks sold to every country in the world and Grand Prix Driver, a four-part documentary series narrated by Michael Douglas for Amazon Prime, which follows legendary Formula One team McLaren and their superstar drivers. His award-winning documentaries include the BBC One film, Insane Fight Club; the Cinema Eye nominated, Cutting Loose, and Ma Bar, which was nominated for Best Short at the Sundance Film Festival and winner of The BAFTA Scotland Best Short Film Award.
He said “Graeme Armstrong’s The Young Team is the most exciting debut novel that I have ever read. He has created a raw, unflinching dissection of modern masculinity, brimming with honesty and humanity, painting vivid pictures of a rare slice of Scottish life, that seamlessly translates into everything I love about the televisual and cinematic experience. This is a novel that demands to be adapted for the screen.”
Ben Tagoe’s writing credits include: an episode of the hit Sky comedy In The Long Run (Green Door Pictures), which stars Idris Elba and was broadcast as part of the second series on Sky 1(UK) and Starz (USA) and an episode of Stan Lee’s Lucky Man (Carnival Productions/Sky Television). Ben was part of the writing team on CBBC’s Jamie Johnson and his episode End Game was shortlisted for the Children’s BAFTA awards, International Emmys and Royal Television Society awards. Other writing credits include: Doctors, EastEnders, Casualty and Coronation Street. He has original projects in development with various production companies and broadcasters.

Ben said, “The Young Team grabbed my attention from the very first paragraph and held it until the last. Graeme's ear for dialogue is truly exceptional and the book's characters all felt absolutely truthful and recognisable to me. It has been such an exciting challenge to work on a TV project that has the potential to reach audiences who never see themselves or their world portrayed with any authenticity.”

The deal was negotiated between Synchronicity and Louisa Blakeman of Blake Friedman.
Images - Author/Robin Farquhar-Thomson
Email ThisBlogThis!Share to TwitterShare to Facebook