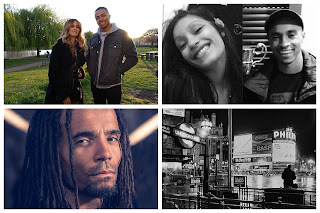 Aiming to bring audiences new stories and perspectives from across the UK and showcase exciting new and diverse talent on and off screen, commissions include Race, Class and Empire (w/t), a new series for BBC Three from BAFTA and MOBO award-winning hip-hop artist, bestselling author and social entrepreneur Akala who is taking part in the Sheffield panel discussion, Whose Voice, Whose Story? on Wednesday 9 June; BBC One series All at Sea: Fishing for Britain (w/t), looking at the world of deep sea fishing, from regional production company Frank Films; a boxset series for BBC Two, The Nilsen Files: A Very British Crime Story exploring how attitudes at the time allowed the disappearance and murder of six young men to be overlooked; brand new BBC Three property series Flat Out Fabulous for Generation Rent starring up and coming talent Whinnie Williams and Tyler West; and single film, The Case of Fri Martin (w/t) for BBC Three, directed by Danielle Spears as part of the BBC New Documentary Directors’ Initiative.

Clare Sillery said “Documentaries at the BBC are in fantastic shape and I’m really pleased to see our programmes recognised with recent BAFTA, Broadcast Awards and RTS wins for Once Upon a Time in Iraq; single films Locked In: Breaking the Silence and Anton Ferdinand: Football, Racism and Me; and emerging talent, Marian Mohamed for her BBC Three New Director’s film Defending Digga.

"The new commissions I am announcing today demonstrate our commitment to big, ambitious programming that bring fresh perspectives and tell uniquely British stories.

"Distinctive, large scale observational series are at the heart of our documentary offer and new BBC One series, All at Sea, brings viewers a whole new perspective on the fishing industry. The series will follow fishing fleets from all around the nation’s shores to reveal what it takes to do one of the most dangerous, high stakes jobs in the country. New BBC Three series, Flat Out Fabulous, will also showcase the stories of people across the UK in a timely new property programme for Generation Rent that introduces exciting new talent, Whinnie Williams and Tyler West.

"In addition, I’m delighted that the brilliantly talented Akala is presenting a new series for BBC Three exploring issues of race, class and empire and how they affect the lives of young people today.

"Enabling directors to tell stories that matter continues to be hugely important: following on from Wall to Wall Media’s BAFTA winning Yorkshire Ripper Files and The Shipman Files, film-maker Michael Ogden re-examines the case of Dennis Nilsen with a particular focus on the victims; and first-time director Danielle Spears, explores issues of domestic abuse and culpability in The Case of Fri Martin, about a young couple from Toxteth in Liverpool.”

﻿
Here's some more details on the commissions.

All at Sea: Fishing for Britain (w/t)

This six part series showcases the British fishing fleet on a scale not seen before, following boats from all around our nations' shores plying their trade across a vast expanse of UK waters. Focusing on deep-sea fishing fleets, a key industry in communities from Shetland to Newlyn, this series will dramatically intercut the stories of fishermen who put to sea for a week at a time, work round the clock in all weathers, and do one of the most dangerous, high stakes jobs in Britain.

Made by Frank Films, a regional production company based in Bristol and Cardiff, each episode will be set over a week at sea, with multiple crews filming simultaneously, capturing the contrasting fortunes of different vessels. With access to boats in every kind of fishery, from multi-million-pound pelagics and supercrabbers to wreck-netters and trawlers, we'll see characters facing unique challenges and shifting odds as they battle to bring home their catch - hundreds of miles apart, but all sailing the same fine line between risk and reward.

The series will use satellite tracking technology to drive graphics that link these stories and set them in the epic big picture of fishing activity around our coast. While latest-generation camera technology on board the boats captures this most dramatic of precincts.

All at Sea: Fishing for Britain (w/t) (6x60) for BBC One and iPlayer is made by Frank Films, executive produced by Jamie Balment, the head of production is Val Croft. The series was commissioned for BBC One and iPlayer by Patrick Holland, Director, Factual, Arts & Classical Music and Clare Sillery, Head of Commissioning, Documentaries. The Commissioning Editor is Hamish Fergusson. 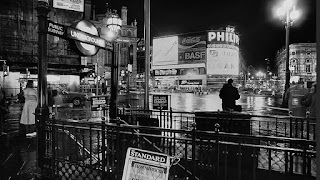 In a new authored series, following on from Wall to Wall Media’s BAFTA winning Yorkshire Ripper Files and The Shipman Files, filmmaker Michael Ogden will re-examine the case of Dennis Nilsen, convicted in 1983 for the murders of six young men. Focusing on the lives of the victims, he’ll ask why 40 years on they remain just a footnote in this terrible case. Michael will explore not just who these boys and young men were, but also how attitudes at the time allowed their disappearance and murders to be overlooked.

Meeting with former police officers, he’ll discover their regrets about the premature closure of the case, leaving seven murder victims unidentified and families without answers about the fate of their missing children.

This series will upend everything we think we know about this case; exploring the homophobic attitudes that allowed Nilsen’s crimes to go un-investigated for many years. And how attitudes suggested that there was little interest in missing young men, often dismissed simply as ‘drifters’. Understanding the case anew, Michael will seek to show how these attitudes are as dangerous to young men’s lives today as they were almost forty years ago.

The Nilsen Files: A Very British Crime Story (3x60) for BBC Two and iPlayer is made by Wall to Wall Media, directed by Michael Ogden and executive produced by Nancy Bornat. The series was commissioned for BBC Two and iPlayer by Patrick Holland, Director, Factual, Arts & Classical Music and Clare Sillery, Head of Commissioning, Documentaries, History and Religion. 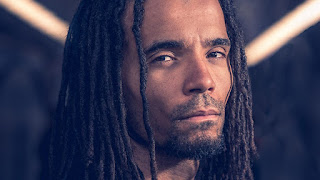 The BBC has commissioned a new documentary series from BAFTA and MOBO award-winning hip-hop artist, bestselling author and social entrepreneur Akala. Inspired by his bestselling book, Natives: Race and Class in the Ruins of Empire, the series will combine the story of Akala’s own personal journey of self-discovery with an immersive exploration of issues of race, class and empire and how they affect the lives of young people today.

Akala says: “When I was writing Natives, I wanted to try and show how race, class and power dynamics impact the lives of everyday people – these issues affect us all in complicated and chaotic ways, which is why I wanted to contextualise my life and my experiences with the history of Britain and the British Empire that shapes the world we live in today. My ambition is to do something similar with this TV series. This is going to be a bit of an epic journey for me . . . exploring this and fresh ideas further with audiences globally.”

Akala’s interviews, encounters, and unique insight will reveal how race, class and power dynamics continue to shape social policy and life opportunities in the UK. He will explore how they impact the daily lives and aspirations of working class and young black British people today.

Akala will meet those at the centre of these experiences and will question experts, policy makers and opinion formers. Akala will also meet those who are bucking the trend and making positive changes.

The series was commissioned by Fiona Campbell, Controller BBC Three and Clare Sillery. It is being produced by Akala’s production company Immovable and long-time producing partner Greenacre Films. The Executive Producers are Chanelle Newman of Immovable Limited, Nadine Marsh-Edwards and Amanda Jenks of Greenacre Films and James Hayes for the BBC. The BBC Commissioning Editor is Carl Callam. 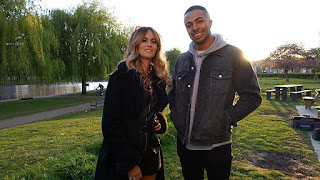 You don’t have to own your own home for the stylish, yet thrifty interior designer to come knocking! Whinnie is a design queen who dares to be different and with a love for all things retro, her mantra is to ‘plaster your personality all over the walls’. Passionate about showing that home renovations don’t have to cost a fortune, she believes that everyone has the right to a stylish pad.

By scouring charity shops, online auctions and with some smart upcycling, she’s about to prove it. Co-presenter Tyler is on hand to try and mediate with the housemates’ different ideas and budgets for Whinnie’s colourful schemes.

In the series, Whinnie and Tyler travel the country to meet different groups of housemates, all living in unloved rental properties. In Cardiff they meet a house of drag queens who want a living room and a dressing room done up, and in Bristol, a house of hairdressers are after a fun party space. In Cambridge, a house of nurses would like a duo-function place where they can let their hair down and also chill out in.

Packed full of tips about buying, decorating and upcycling, Flat Out Fabulous follows as Whinnie goes on a mission to boujie up the dullest of rooms and inspire others, whilst roping in the housemates to help turn her outrageous vision and ideas into reality.

Flat Out Fabulous (10x30) for BBC Three and iPlayer was commissioned by Fiona Campbell, Controller BBC Three and Clare Sillery. It is being made by Ricochet, the Executive Producer is Robi Dutta, the Series Producer is Toral Davda and the Series Director is Paddy Hughes. The BBC Commissioning Editor is Beejal Patel. 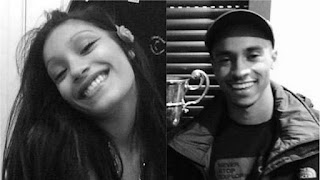 The Case of Fri Martin (w/t)

This BBC Three film, by first-time director Danielle Spears, tells the story of Fri Martin and Kyle Farrell, a young couple from Toxteth in Liverpool, whose relationship came to an abrupt end when Fri stabbed and killed Kyle in November 2014.

Fri, 21-years-old at the time and the mother of two small children, claimed she was acting in self-defence and that Kyle had attempted to strangle her before she picked up a kitchen knife and stabbed him in the heart. However, after less than two hours of deliberation, a jury unanimously convicted Fri of murder and she was sentenced to life in prison with a minimum term of 13 years.

Now, more than six years on, Fri is appealing her conviction on the basis of fresh evidence pointing to abuse within the couple’s relationship, and the impact it could have had on Fri’s mental state at the time of the killing.

With privileged access to family and friends of Fri and Kyle, this intimate film follows them in the tense run up to the appeal and beyond. The stakes are high: Kyle’s family are convinced Fri is guilty of murder and want her to stay behind bars, while Fri’s family are desperately fighting for her freedom, believing she had no intention of killing Kyle.

Charting this remarkable case as it unfolds from the inside, this multi-perspective film explores what really went on in Fri and Kyle’s relationship through those that knew them best. Tackling important questions about domestic abuse and culpability it asks: Is Fri a victim as well as a killer? If so, why did she not speak up sooner? Can being a victim of abuse ever justify taking a life? And is it ever possible to know the true extent of what goes on behind closed doors?

The Case of Fri Martin (1x60) for BBC Three and iPlayer was commissioned by Fiona Campbell, Controller BBC Three and Clare Sillery. It is being directed by Danielle Spears as part of the BBC New Documentary Directors’ Initiative. The Executive Producer is Ruth Kelly at Expectation Factual and the BBC Commissioning Editor is Beejal Patel.
Images & info - BBC
Email ThisBlogThis!Share to TwitterShare to Facebook