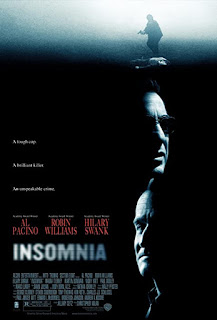 In an occasional series, we're looking back at remakes of films that are probably better known than their original counterparts. Today Kraig Taylor-Bryant has a bout of Insomnia...

I’ve been an avid “Nolan viewer” for as long as I’ve had a passion for making films. I went through a phase of watching every movie he’s worked on, from Following to his latest movie Tenet which, whilst it may be one of the weaker films in terms of having an emotional attachment to the character, at least holds up technically. It was during that phase of watching Nolan movies that I stumbled on Insomnia, though weirdly enough I never thought much of it when I first watched it; I wasn’t even aware it was a remake of the original Norwegian story, also titled Insomnia.

I never thought much of Nolan’s Insomnia because it’s a detective story, and that’s never really been my favoured genre. For anyone reading who’s unfamiliar with the story it’s a detective story following Detective Will Dormer after he (spoiler alert) in the midst of fog, kills his partner, mistaking him for the killer of Kay Connell (who they were pursuing). From here he attempts to catch Kay Connells’ killer, whilst simultaneously covering his own tracks.

Upon re-watching the film I did feel a sense of seeing it from a new perspective as when I watched the film before, not only did I not have such an appreciation for Al Pacino’s work, as I hadn’t seen him in other films (which feels like a crime to say out loud) but I also hadn’t seen too much of Robin Williams’ work, who plays one of the antagonists. When I say “one of” the antagonists" I’m talking about how this film cleverly makes it out to be that both the characters we follow for the majority of the story are criminals, with the key difference being that the detective had even done some questionable things before he accidently killed his partner, so it becomes a question of who out of these two characters is worse than the other.

Whilst talking about famous actors I can’t forget to mention Hillary Swank and her incredible performance in this story; again, when I watched this film the first time, I hadn’t seen the likes of her Oscar winning performance in Boys Don’t Cry or more recently her critics’ choice award nomination for the Netflix series Away. Unfortunately, it took until my third watch of Insomnia for me to realise that her portrayal of the complex character in Detective Ellie Burr was brilliant. 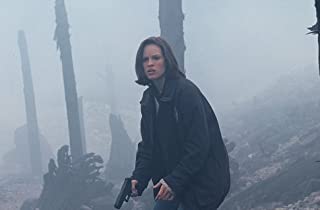 One of the things I came to appreciate about Detective Burr was how in the story she idolises Detective Will Dormer, and over the course of the film comes to learn more about not only his questionable past but the internal affairs investigation back at his precinct in Los Angeles. How her character evolves as she learns more about Dormer is the most interesting in how, by the end of the story, she offers to cover up the evidence that Dormer killed his partner when she realises how guilty he feels about it. I think this evolution shows how easy it can be to build a chequered past just as Dormer did. Dormer even says that the “little things are important” and how they reveal a lot about a person, which also shows in how Dormer insists that she shouldn’t hide the evidence as he bleeds out, because this shows somewhat of a redemption as he realises he doesn’t deserve to die with a reputation as a “good cop” as most would believe.

I also love the irony in Detective Dormer’s dialogue, the fact that he talks to his partner at the start of the film about their job as being “not about us, it’s about all the people who depend on us” which seems ironic when he lies about killing his partner in an official statement. To me, it gives the impression that he’s constantly lying to himself and trying to use the Kay Connell case as a distraction from owning up to his own issues, which again shows his growth when he makes the decision to die with his reputation damaged by the mistakes he’s owned up to.

Ultimately I think that’s what makes Nolan’s film’s so interesting, because most characters in his stories are a shade of grey, they make questionable choices or become capable of committing terrible acts, and that’s why as a filmmaker at least, I respect his work, and will continue to be influenced by it. And I think now that I’ve found an appreciation for Insomnia I’m intrigued enough to watch the original, which I think can be one of the positives about remakes in general.
Follow Kraig on Twitter @Kraigandhismac
Images - IMDb
Email ThisBlogThis!Share to TwitterShare to Facebook