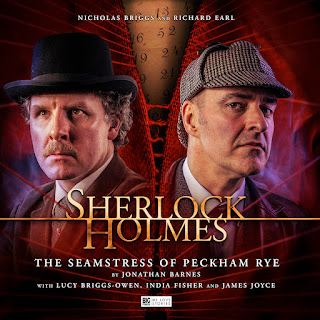 Sherlock Holmes is on the case again as Big Finish release the new full-cast audio adventure The Seamstress of Peckham Rye...

Deep in London’s underworld lies mystery and treachery for Sherlock Holmes, in his latest full-cast audio adventure from Big Finish.

The Seamstress of Peckham Rye finds Sherlock Holmes (Nicholas Briggs) and Dr John Watson (Richard Earl) on the hunt for answers to a secret code and a murder – but who is the Seamstress? And what kind of power does she have?

Autumn, 1900. The lives of Sherlock Holmes and John Watson are in a state of change. The doctor has moved out of Baker Street, waiting anxiously to marry his new love, the American actress, Genevieve Dumont. Holmes has been left restless and fretful, eager for mystery and distraction.

A secret code and a brutal murder promise to bring the two men back into each other’s orbit. But there is more to the investigation than first appears to be the case. Something greater seems to be at work, moving dextrously behind the scenes: a force in the London underworld known only as The Seamstress of Peckham Rye. 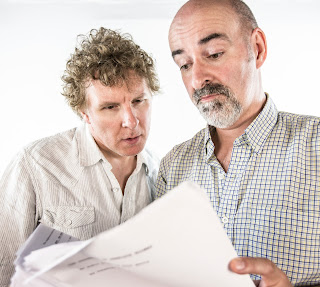 Nicholas Briggs said: “It is fantastic to be playing Holmes again – the last one we recorded was released in 2017. It’s always such a delightful challenge and so much fun playing someone who is unfathomably clever.”

“We’ve been doing original Holmes stories for a while now and we’ve really become accustomed to Jonathan’s beautiful style of writing. He captures the essentials of Conan Doyle but takes us further, upping the emotional content while still being faithful to that rewarding style of old-fashioned restraint coupled with high stakes drama.”

Big Finish’s Sherlock Holmes range covers retellings of some of the classic Holmes stories, including The Hound of the Baskervilles, The Speckled Band and The Final Problem, as well as a whole run of brand-new tales.

Sherlock Holmes – The Seamstress of Peckham Rye is now available as a collector's edition box set (at £19.99) or digital download (at £16.99), exclusively at www.bigfinish.com.

Big Finish listeners can also save more by ordering this tale with Sherlock Holmes – The Fiends of New York City, due for release in May 2022, as a bundle for £38 on CD and £33 on download.

Please note that Big Finish is currently operating a digital-first release schedule. The mail-out of collector’s edition CDs may be delayed due to factors beyond our control, but all purchases of this release unlock a digital copy that can be immediately downloaded or played on the Big Finish app from the release date.