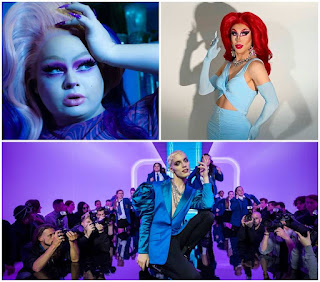 Edinburgh International Film Festival is to host a unique and inclusive celebration of being yourself this Friday as Edinburgh’s Talking About Jamie...

The free, hour-long event in St Andrew Square at 6pm on Friday 20th August will kick off with drag queen entertainment and cocktails. Those dressed to impress will be in with a chance of prizes for the best outfits. It takes place immediately ahead of the eagerly awaited Special Preview of the film adaptation of the award-winning hit musical Everybody’s Talking About Jamie.

Joining Alice Rabbit is Jamie Campbell, and his mother Margaret who will make a special star appearance at St Andrew Square.

Also on the bill is Scotland’s lioness, Lady Rampant! This high-heeled activist uses her two law degrees to influence her performances and frequently works with third sector organisations, the Scottish press and politicians advocating for equality. As such, she won Best Political Queen at the Glasgow Drag Awards 2020. Talent, humour and intelligence all wrapped into one, she has earned her spot as Scottish Drag Royalty.

Although pre-booked tickets for the event are sold out, the festival is allowing free un-ticketed entry to all screenings by walk-up on a first come, first served basis, subject to availability of space. On arrival, please make your way to the ‘Event Entrance’ located on the south-west corner of St Andrew Square. 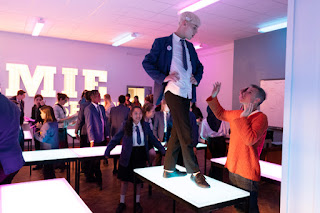 The film will have its Special Preview screening at the Festival Theatre - a ‘coming home’ of sorts - where the stage musical was the last show to play before the March 2020 lockdown. The screening is now sold out.

Inspired by true events, Everybody's Talking About Jamie is the film adaptation of the award-winning hit musical from London’s West End, about Jamie New (newcomer Max Harwood), a teenager in a blue-collar English town with a dream of life on stage. While his classmates plan their livelihoods after graduation, Jamie contemplates revealing his secret career ambition as a fierce and proud drag queen. His best friend Pritti (Lauren Patel) and his loving mom (Sarah Lancashire) shower him with endless support while local drag legend Miss Loco Chanelle (Richard E. Grant) mentors him toward his debut stage performance. But it’s not all rainbows for Jamie as his unsupportive dad (Ralph Ineson), an uninspired career advisor (Sharon Horgan), and some ignorant school kids attempt to rain on his sensational aspirations. In rousing and colourful musical numbers, Jamie and his community inspire one another to be more accepting, and to see the value in facing adversity stepping out of the darkness into the spotlight.

Everybody’s Talking About Jamie will be released exclusively on Prime Video on 17th September 2021.

The 74th edition of EIFF runs from 18 – 25 August 2021. The full programme is available on www.edfilmfest.org.uk
Images - EIFF
Email ThisBlogThis!Share to TwitterShare to Facebook