Book - Across Time and Space 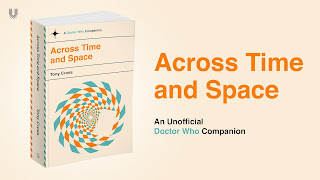 Our very own unofficial Doctor Who companion [and our official EXPERT! - Ed] Tony Cross has written a book! Here's how you can get hold of it without travelling Across Time and Space to get it, thanks to Unbound Books...

Unbound is excited to announce that it is crowdfunding Across Time and Space: An Unofficial Doctor Who Companion, the ultimate journey through the Whoniverse by a lifelong fan. The new beautifully designed 800-page book contains reviews of all 852 episodes of the televised Doctor Who story up to the end of the Jodie Whittaker era.
Since the first episode was broadcast in 1963, the Doctor Who series has attracted a very large, loyal, and devoted fan base. This proudly unofficial book written by a fan for the fan community is about celebrating that fanbase in all its vibrant, vociferous, idiosyncratic, and argumentative glory. Many professional Doctor Who writers, for both the current TV series and the books began their careers writing for fanzines including Paul Cornell, Rob Shearman, Matt Jones, Marc Platt, and Stephen James Walker. Russell T Davies was himself a childhood fan of the series and wrote a Doctor Who novel before reviving the show.
Head of Publishing for Unbound, Mathew Clayton developed the project with author Tony Cross based on his story-by-story blog The Patient Centurion which he began in 2011 and now runs to over 200,000 words. The epic undertaking includes an introduction from Doctor Who podcast host and Sunday Times bestselling author Daniel Hardcastle. 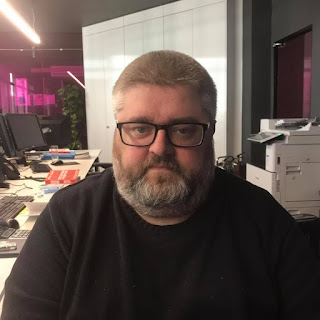 Tony said "‘Across Time and Space is a journey through all of televised Doctor Who. It began as a blog [read the original blog here - Ed]. I had decided to watch all of Doctor Who in order... It's not meant to be the final say on anything. They're my opinions. But I wanted something that might encourage others to take up the journey. To dip back into the William Hartnell era. Or find out why Sylvester McCoy is hard done by. It's why there's a spreadsheet  [YAY Spreadsheet! - Ed] with the book: you too can map your progress, if you're that way inclined. And I don't expect people to agree with my opinions. Indeed, I'd be disappointed if you did. You can use this as a guide or read the blogs once you've watched the story and curse my foolishness or praise my perspicacity. You can mock my attempts to compare stories to Shakespeare plays. You can see through my blatant nostalgic love for Tom Baker and (almost) all his works.”
Mathew Clayton, who was also a former publisher of the official BBC Doctor Who books, added, “In a previous job I was lucky enough to be the commissioning editor for the official range of Doctor Who books. We published some great titles but being 'official' was also a straightjacket - you can't offer opinions! You can't say who the best Doctor was (Tom Baker, obviously) or who the best companion (another no brainer: it has to be Rose). And it struck me that the best thing about being a fan is having opinions and sharing them (whether agreeing or disagreeing) with other fans. But in official books there is no room for a fan's point of view or expertise. This is not just a book by a fan - but there are various ways fans can become involved in the project whether attending watch parties with Tony or having their name and the first episode they watched printed in the book. The rest of the entertainment industry recognises the importance of fans - it's time that publishing caught up.”

HOW TO PRE-ORDER
So how can you support Tony and, more to the point, get your mitts on a very epic book that will become a MUST-HAVE for any Doctor Fan? Well, there are TWO ways [three if you count time travel - Ed]:
Firstly, you can support the crowdfunder that is currently running on Kickstarter until Friday October 15th. Or you can get all the same offers by pre-ordering through Unbound's own website. How easy is that?!
So what do you get for your money?
Everyone that pledges for the book at the standard level (£25) will receive:

• 800-page large format book (234 x 153mm) and eBook.
• An Excel spreadsheet that lets you map your journey through the Whoniverse and keep a record of what you have watched and what you own.
• Your name printed in the book as a supporter (along with the name of the first episode you watched).
• An Invitation to a series of watch parties hosted by Tony starting with the very first Dr Who episode 'An Unearthly Child' on November 23, 2021, the 60th anniversary of its first broadcast.

At higher perk levels, there's also signed copies, many pdf extras, even the chance to meet the author in person and argue... okay, debate intensely, about all things Whovian.  You could even get your own review of a Doctor Who story included in the book!  There's also some fantastic offers in the lower level tiers, with the e-book coming in at just £10 or the fantastic spreadsheet on its own for only £5.
All that's missing is the Jelly Babies...
Find out more and read an excerpt of the book on KICKSTARTER or UNBOUND and BUY THE BOOK NOW.