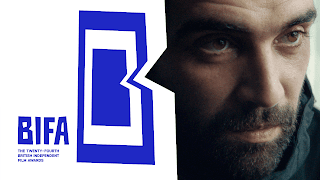 BIFA has announced the longlist for the Raindance Discovery Award...
Press Release

Britain’s biggest independent film festival, Raindance is considered a place to discover the work of passionate and pioneering new filmmakers. Raindance further champions new filmmakers with the Raindance Discovery Award at the annual BIFAs (British Independent Film Awards), the awards ceremony founded by Raindance in 1998. This award highlights innovation, uniqueness of vision, maverick filmmaking and risk-taking, with a budget under £500k and no, or very limited, theatrical distribution deals in place.

“After a year when our cinemas have mostly been closed to us, the Raindance Discovery Award longlist captures all that is great and inspiring about independent cinema,” says Elliot Grove, founder of Raindance and BIFA. “Raindance will always be a place to discover and be discovered, and we are thrilled to champion these fresh, powerful and pioneering films.” 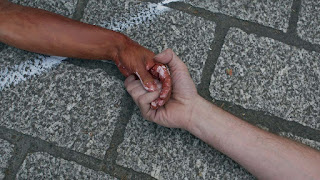 The longlist of documentaries include:
HOSTILE, the directorial debut of Sonita Gale, which had its World Premiere last night (Fri 29 Oct) at Raindance. It documents the migrants that Britain once relied on, but many now face being expelled.
BANK JOB follows a community who come together to make their own currency and open a bank, examining how money and debt is created in our economy.
The daughter of punk icon and X-Ray Spex front-woman Poly Styrene takes a journey through her mother’s archives following her death, resulting in the intimate documentary POLY STYRENE: I AM A CLICHÉ, with contributors including Jonathan Ross, Don Letts, Thurston Moore, Vivienne Westwood and Neneh Cherry.
REBEL DYKES documents the explosion that happened when punk met feminism, told through the lives of a gang of lesbians in London in the 1980s.
A winner at UK Asian Film Festival and WRPN Woman’s International Film Festival, I AM BELMAYA sees an educated young Dalit woman in Nepal, silenced and subjugated all her life, take up a movie camera to tell her story – an inspirational and moving tale of rebellion, courage and hope.
Telling the story of skateboarding in the UK, from the 1970s to the present day, BOARDERS follows a group of British skateboarders on their journey towards Tokyo 2020, where skateboarding made its debut as an Olympic sport. 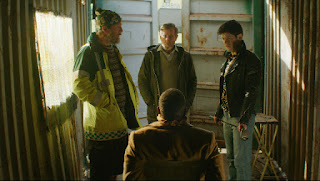 Longlisted for BIFA’s Raindance Discovery Award in 2020 for Justine, director Jamie Patterson is longlisted again in 2021 for THE KINDRED. Starring Samantha Bond, James Cosmo and Patrick Bergin, it’s the tale of a woman suffering from amnesia who pieces together the events that led to her father’s suicide, only to be haunted by the ghosts of children that she begins to suspect were murdered by him.
BIFA Best Actor nominee Alec Secareanu (in 2017 for God’s Own Country) stars in THE BIKE THIEF as a delivery driver who must find his stolen moped before he loses everything else, co-starring BAFTA award winning Anamaria Marinca.
BBC Broadcast and BAFTA (Wales) nominated filmmaker Ryan Andrew Hooper makes his feature debut with THE TOLL, a darkly-comic thriller about a lone toll booth operator with a past that is fast catching up with him.
The longlist also includes ALL MY FRIENDS HATE ME, telling the story of a man reunited with college friends for a birthday weekend, only to find each one of them slowly turn against him.

Previous recipients include Ben Wheatley, receiving an early accolade for his first feature Down Terrace. BIFA’s Raindance Discovery Award was presented in 2020 to Eva Riley’s Perfect 10, the spirited coming-of-age story set in the world of competitive gymnastics. The crew of Perfect 10 took part in an industry panel event hosted by BIFA yesterday evening during the 29th Raindance Film Festival (27 October – 6 November), discussing how winning this award in 2020 has impacted their work.

The final list of 5 nominations will be announced on Wednesday 3rd November, winner announcement at the awards ceremony on Sunday 5th December.
Images/Info - BIFA/Raindance Film Festival
Email ThisBlogThis!Share to TwitterShare to Facebook