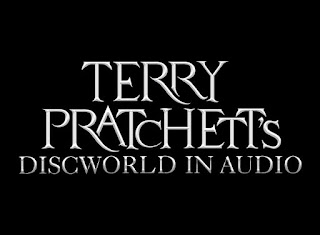 Penguin Random House has taken on a truly ambitious project to re-record all 40 audiobooks from Sir Terry Pratchett’s bestselling Discworld series, featuring a cast of leading names from British stage and screen.

The overall series will be divided up into separate subseries, with the first publishing in April 2022, and there will be a different main narrator for each, including INDIRA VARMA (Game of Thrones) for the WITCHES series, COLIN MORGAN (Merlin) for the RINCEWIND/WIZARDS series, SIAN CLIFFORD (Fleabag) for the DEATH series and ANDY SERKIS (Lord of the Rings) narrating the stand-alone SMALL GODS.

The series will also feature BILL NIGHY as the voice of the footnotes (Terry’s infamous and beloved additions) and PETER SERAFINOWICZ as the voice of DEATH across all of the audiobooks.

To direct and produce the series, Penguin Random House chose LADBROKE AUDIO, one of the UK’s leading audiobook production houses, who recently celebrated their 10th anniversary. All 40 titles will be directed and produced by multiple award-winning radio/audiobook writer/director NEIL GARDNER, managing director of Ladbroke Audio, and his key team.

Neil said of his love for Terry’s books, “There are three authors who inspired my creative audio/radio career… Douglas Adams, Robert Rankin and, of course, Terry Pratchett. I’ve been buying his books since 1987, every year without fail, and am an unabashed super-fan. The beauty of his use of language, his inventiveness and humour have been revelatory, and unusually his written word translates perfectly to the spoken word…his novels are so easy and smooth to narrate.”

Of the opportunity to partner with Penguin Random House on this project, Neil said, “This project is a once-in-a-lifetime opportunity for me and my team at Ladbroke Audio, and I am still pinching myself to ensure it is really happening. And whilst it is the greatest honour of my career to be the producer/ director of the Discworld series, there is an immense pressure to do Terry and the fans justice. With characters appearing multiple times across the span of the books, means I need to track the voices/ accents/ characterisations so each of the different narrators is aware of what the others have done. The same is true of pronunciations. Terry invented many an exciting new word, place or creature, which on the page are always fun to discover, but in audio we need to agree on a pronunciation and then guarantee it is stuck to across the 40 titles.” 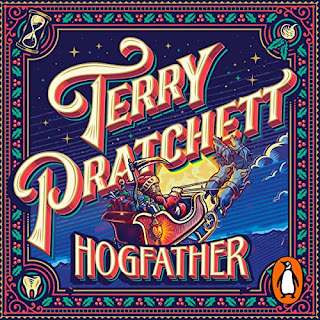 ALICE TWOMEY, Penguin Random House’s Audio Senior Commissioning Editor added, “It has been a joy to cast and produce these audiobooks, breathing new life into this magical series in audio and working hand in hand with Terry’s estate to ensure the same care and attention to detail that Terry applied to his writing. It is a real labour of love and we hope that Discworld fans both old and new will enjoy listening to these audiobooks as much as we have enjoyed making them.”

Penguin Random House and the Terry Pratchett Estate made the announcement yesterday – 16th November – to celebrate 50 years of Terry Pratchett, and marking the 50th anniversary of the publication of Pratchett’s very first book, The Carpet People.

Working across the entire series will be a 2-year process for the Ladbroke Audio team, made up of Neil Gardner, Morrison Ellis, Steve Croft, Susan Omand and Ben Siegel. Working with a single producer/director and a small production team will be invaluable for the narrators.

Narrator COLIN MORGAN said "As a true adoring fan of Terry Pratchett and the sublime Discworld series, it's a real dream to be deeply exploring and inhabiting Terry's realms of imaginative brilliance in the audio arena; travelling across the Disc with him as our guide, giving voice to the host of iconic characters he birthed and appreciating even more fully the genius of the man along the way. With Penguin and Neil Gardner piloting me on this journey (a real dream-team!), and with so much love and care circulating this project from everyone involved I couldn't feel more honoured to be a part of it. I hope we do Terry proud and that we bring great joy to Discworld fans - and indeed bring Discworld to a new audience who have yet to experience it."

These new recordings will be published over the next two years as Discworld subseries:

The standalone titles – Pyramids, Small Gods, The Truth, Moving Pictures, The Amazing Maurice and Monstrous Regiment – will also be published. A very special Christmas edition of The Hogfather read by Sian Clifford is due out early in December 2021.

Neil said, “What an opportunity this is…the entire Discworld series in unabridged audio form! With audiobooks being such a popular medium now, this is the perfect time to bring Terry’s incredible world to audio life, and to share those fantastical adventures with old fans in a new way, and to unlock the magic for a whole new generation of listeners (soon to be fans!) These stories, told by talented narrators, will fire imaginations and open the doorway to the power of creativity and language. It is a long, meticulous process for all of us involved, but there is much laughter along the way…all thanks to the unique and truly magical Terry Pratchett!”
Images & info - Ladbroke Audio/Penguin Random House
The Hogfather audiobook is released by Penguin Random House on 9th December
Email ThisBlogThis!Share to TwitterShare to Facebook