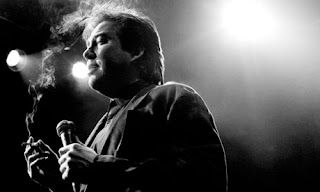 A reminder of Steve Taylor-Bryant's look back at the work of one of his favourite stand up comedians, Bill Hicks...


As I get to a certain age, and with my ongoing therapy for my mental health issues, reflecting on things has become prominent in my life. My articles for both The DreamCage and AlbieMedia have very surely drifted into the realms of older pop culture, things from my past that have had an effect on me, and very little of it has been new. As we stand as a film and television audience, as we sit as music lovers, it appears that not much is actually new anyway. Everything is a reboot or a cover version, but relevance has started to pop its head over the parapet. Film reboots aren't really relevant, they are just someone's new vision of something old. Music cover songs aren't relevant, they are a tribute to what had come before. No, I'm talking about something strange, not something new. I'm talking about comedy and one comedian in particular whose jokes at the time, the 1980's, were set against a backdrop of an ending Cold War, a world in the grips of fear that led to the attraction of the right wing in politics, a world that turned inwards and started to eat its own young.

Hicks wasn't the first of his kind, he didn't invent political and social commentary as a comedic art form, he wasn't the originator of picking up a microphone and shocking people with an expletive or cutting wit, but he was by far the best. The more I delve back into my past, the more I see how relevant his material is today and the sadder I become that he his no longer with us. Do you know what? He wouldn't even have to work very hard. His material from the 1980's and early part of the following decade would work today, word for word. He wouldn't need to write fresh remarks about Christian values and the hypocrisy they are full of, the ultra religious have always used their God to hide behind when it comes to telling us how wrong we are whilst they continue their own brand of idiocy in the name of the Father. He wouldn't need to write jokes about Donald Trump, there have always been fear-mongers in politics preying on the stupid and the ill-educated. The only thing I can see he would have to change in his routine is the smoking. You aren't allowed to smoke anywhere any more.

Hicks transformed comedy for me. Ben Elton, in this country, had attacked Margaret Thatcher in his stand up but he seemed, at the time anyway, to be a lonely voice in a big crowd. Hicks walked into that crowd with a machine gun and a megaphone and made sure everyone knew comedy could be a vehicle for change, that an audience would laugh at the punchline but spend the journey home looking at their own political vision. He didn't back down, he started and finished the argument and, most importantly, he was damn funny.

Normally in this kind of article I'd now spam you with links for the new tour and where you can catch a show near you but I can't today as Hicks was taken in his prime by cancer in 1994. There is a new generation of people though crying out for this brand of acerbic wit, a social networking collection of young people that put up memes with great quotes from the likes of George Carlin and Bill Hicks but don't understand who these people were, a new race of savvy folk that just need a life. So go and buy Totally Bill Hicks or Relentless on DVD, fill your ears with Rant in E-Minor on iTunes or CD. Go and discover Bill Hicks now!