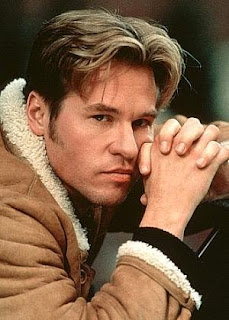 Because we genuinely can't stop him, Steve Taylor-Bryant has another Top 10 for us. Today is Val Kilmer...


An underrated actor that could have been a global superstar but whose bad choices prevented world domination? Yes today I'm talking Val Kilmer. There was a period in the 1980's and 1990's where I struggle to remember a film that Kilmer wasn't in and that I think is part of the problem. Whilst his compatriots of the era became selective with their choices and moved into to immortal film status, like co-star Tom Cruise in Top Gun, Kilmer didn't seem to turn anything down and, when you say yes to everything, eventually you're going to fail. As you'll see from most of my list Kilmer's acting ability is beyond reproach, when he decides to use it, but unfortunately it's some of the lesser performances that the viewers and more importantly the studios remember. I have hope that a stint in the limelight with today's 'A' list in the forthcoming untitled Terrance Malik film will bring back something missing from our screens for to long, a superb Val Kilmer. So, again because I can, let's remind ourselves of the greatness that lies within Mr Kilmer. 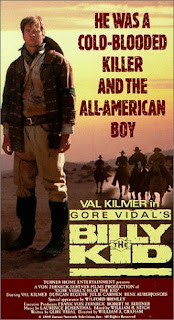 Whatcha gonna do? Arrest me?

William A. Graham's (Return to the Blue Lagoon) television movie telling the tale of William H. Bonney was written by Gore Vidal, he of Caligula fame, and is a must view for Kilmer fans due to the laid back portrayal of Billy the Kid which is a complete change to Kilmer's more intense roles to come. Yes, now Billy the Kid is dated and feels like the made-for-TV project it was but, in 1989, Clint Eastwood hadn't yet breathed new life into the cowboy genre with Unforgiven and the era was crying out for a new type of cowboy adventure. More dramatic and serious than Young Guns and certainly better than Young Guns II, Billy the Kid is definitely worth another watch. 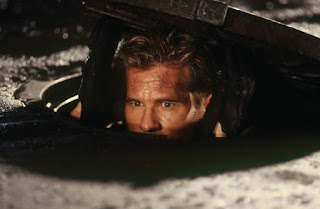 You have to be a very good, and usually very dead person to become a saint. And more importantly, you need to work three miracles. Now, get to work.

1997 saw a Hollywood take on The Saint and I, for one, was really excited. I'm not old enough to remember Roger Moore as Simon Templar and what I have seen is smarmy and dated. I enjoyed Ian Ogilvy in Return of The Saint and had high hopes for the film version. The movie wasn't great by any stretch of the imagination. The story seemed generic, the car was a modern Volvo, the action not brilliant but, without Kilmer and to a certain extent Elisabeth Shue, it would have been a lot worse. Still watchable just for Kilmer. 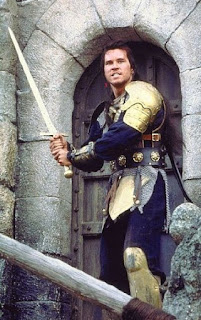 I'll be around long after you're dead! When I get out of here, I'm gonna cut your head off and stick it on a pig pole!

George Lucas writes great stories! They are only ruined when he himself meddles with their making. Enter Ron Howard, possibly a classic director now with no weak films in his resume, and you arrive at Willow. A great premise, perfectly cast and incredibly well made with Val Kilmer shining in his performance as Madmartigan. Willow, Labyrinth, Lord of the Rings and the like aren't my cup of tea at all but for some reason only this film and Legend stick with me. 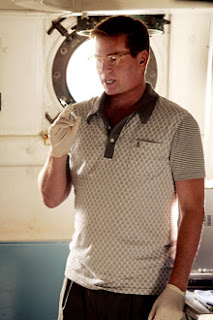 It isn't just feature films where Kilmer excelled, Numb3rs was a great TV show. More original than most generic cop shows and, considering the amount of Mathematics, not as scary as I thought it would be. Many bad guys were thwarted by the FBI/Professor brother team but none was as classy or genuinely bad as Val Kilmer as Mason Lancer. He was in one episode of a fantastic show and still his character and episode is the one I return to time and again. Episode 1 Season 4 'Trust Metric' in case you fancy it. 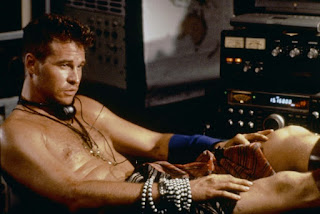 6 - The Island of Dr Moreau

What are you going to say? "Mayday. Mayday. I'm being held by a pig lady."

Oh, the press had a field day when this came out. The cast got it, the director got it, "Wells will be turning in his grave" etc. Lighten the hell up! Yes, Brando chewed the scenery more than he chewed his food but for fucks sake when didn't he? He was a 'B' movie star that made it big for a gangster film in which he had cotton wool in his gob and we all of a sudden expected Oscar-winning performances? Really?? This was a brave attempt at a classic story that doesn't lend itself to film making, or certainly didn't then, it might now in the CGI era, but I loved its audacity, I loved the performance of both Kilmer and Brando and all the critics deserve to be an experiment on Dr Moreau's Island. 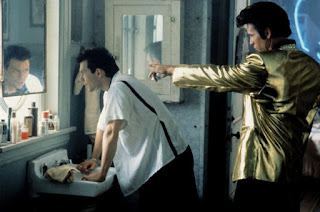 In any other list, True Romance would be a lot higher. It's one of my favourite films. Tarantino's script with the proper Scott brother at the helm helped produce a must see multi story film that really works. The cast is a 'who's who' of greatness and for anyone to stand out would be hard. Pitt's chemical huffing stoner, Gary Oldman's white Rastafarian, Walken being Walken, Slater's best ever performance all spring to mind immediately but Kilmer as the Mentor deserves a lot of credit. It's only because he was a small part of a larger moment of genius that it's not number 1. 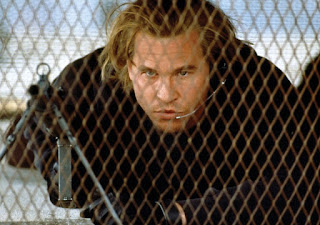 The bank is worth the risk. I need it, brother. We should stay and take it down.

When Heat was being advertised, an awful lot of the marketing pointed to De Niro and Pacino finally sharing the screen, and rightly so, but as well as that and the fact the story and direction by Michael Mann were spot on, it was Val Kilmer as Chris Shiherlis that stole the screen. I'm beginning to think Kilmer shouldn't be allowed to ever headline a film as the main star any more as with Heat, True Romance and Top Gun he emerges from the obscurity of 'also starring' to completely take these films by the scruff of the neck. As an ensemble actor Kilmer really is the best. 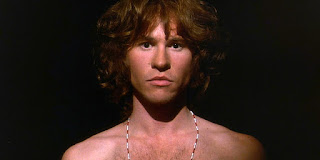 Close your eyes. We'll see the snake; see the serpent appear. His head is ten feet long and five feet wide. He has one red eye and one green eye. He's seven miles long. Deadly. I see all the history of the world on his scales, all people, all actions. We're all just little pictures on his scales. God, he's big, he's moving, devouring consciousness, digesting power. Monster of energy. It's a monster. We're going to kiss the snake on the tongue. Kiss the serpent. But if it senses fear, it'll eat us instantly. But if we kiss it without fear, it'll take us through the garden, through the gate, to the other side. Ride the snake... until the end of time.

Except when it comes to this film. Yes it's an ensemble piece but as Jim Morrison Kilmer immortalised both his and the singer's legend. Oliver Stone can not be bettered when it comes to casting his films. Tom Cruise in Born on the Fourth of July, Woody Harrelson in Natural Born Killers and Josh Brolin in W are all outside the box picks and he did it again with Kilmer who shed his Hollywood pretentiousness like a lizard king, he can do anything. 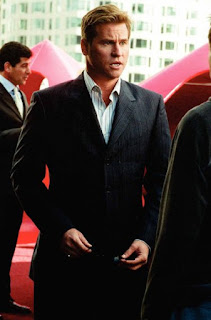 Shane Black's film is an important one in the history of cinema. It gave big screen attention to the wonderful Michelle Monaghan, it reminded us Corbin Bernsen was still around, but it reinvigorated the career of both the wonderful Robert Downey Jr and Val Kilmer. As the straight man (pun intended) to Downey's Harry Lockhart, Kilmer's portrayal of Gay Perry was delicious. Overplayed to the extreme, Kilmer showed any doubters his ability as an actor as well as playing up to media impressions of what he's like in private. Brave, bold and sassy!

Why Ike, whatever do you mean? Maybe poker's just not your game Ike. I know! Let's have a spelling contest!

It seems only right that I started my countdown with a cowboy film and I end with one. Tombstone was firstly a great film, far superior to Costner's Wyatt Earp, which I also adore, but mainly because Kilmer once again steals the show as Doc Holliday. Possibly Kilmer's career highlight? That's up for debate but certainly my most watched DVD of his. Endlessly quotable and incredibly well played. He's my huckleberry.