The True Believers Comic Festival was on in Cheltenham last Saturday. Our Defective Inspector went in disguise. Here's his overview...

One of the beautiful things about this job/slave contract is I occasionally get thrown into the real world and told to interact with flappy meat creatures called “Other People”. I find these “Other People” fascinating, even more so when they are gathering to discuss indie comics. So for the first time in many years I have ventured into the field of fiction to see what all the hustle and bustle was about. 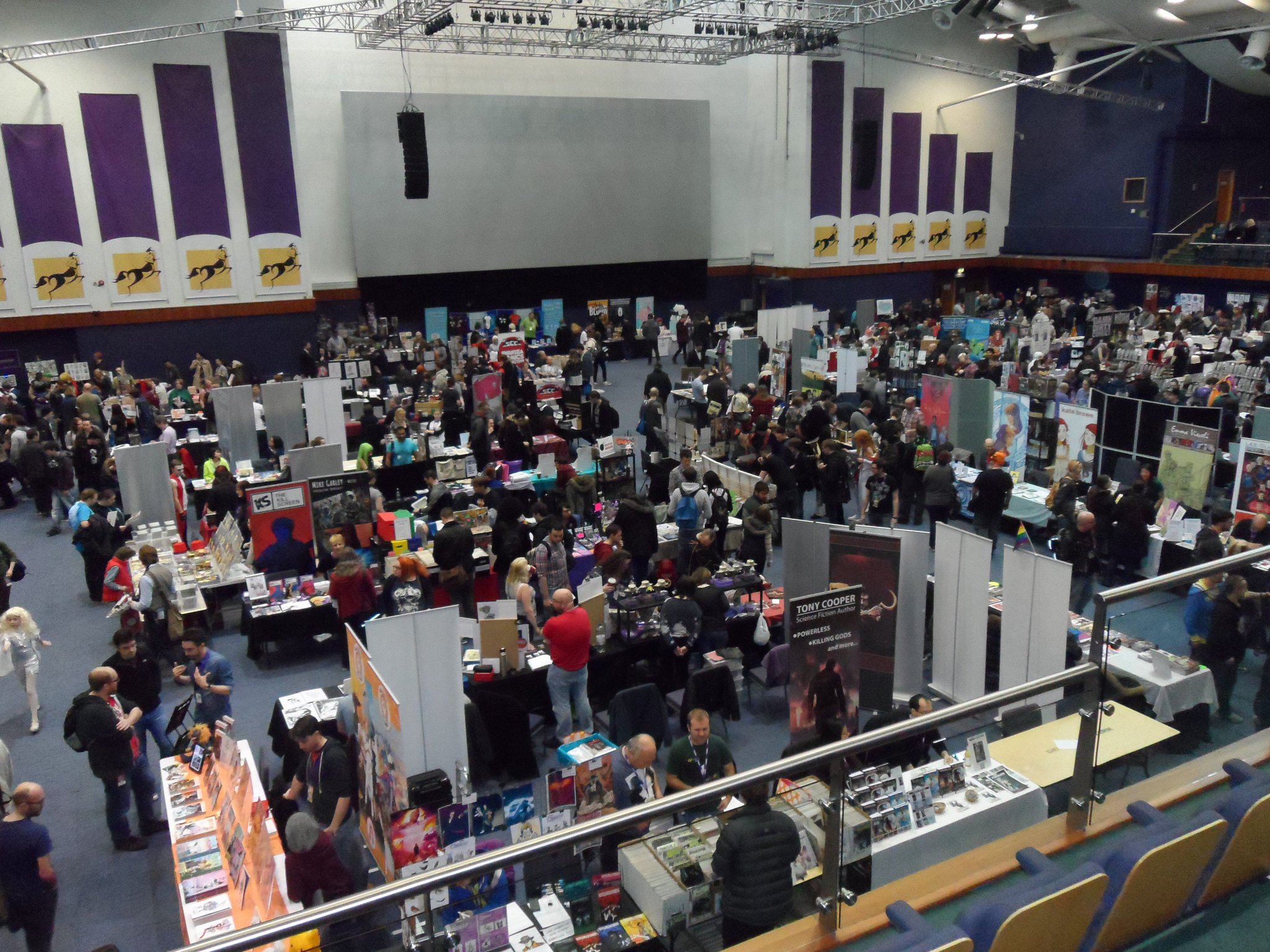 The truth of the matter is I was overwhelmed with the amount to do. Despite attending only 2 of the 4 panels I was JUST ABOUT able to speak to around 33% of the people huddled around their tables offering comics, curiosities and kidney charity caricatures. To try and fit all of these into one article is almost impossible so you can only imagine what it would be like in person. This wasn’t because I left early or arrived too late, oh no! In fact my beloved was waiting for me to pick her up from work! I was around… 45 minutes late… because of this event and you know what? It was worth the cold shoulder and poison in my tea. Ultimately ANY event, regardless of subject, must keep you wanting more and this event did. There was never a single point I felt bored or left out, everybody had something to enjoy. 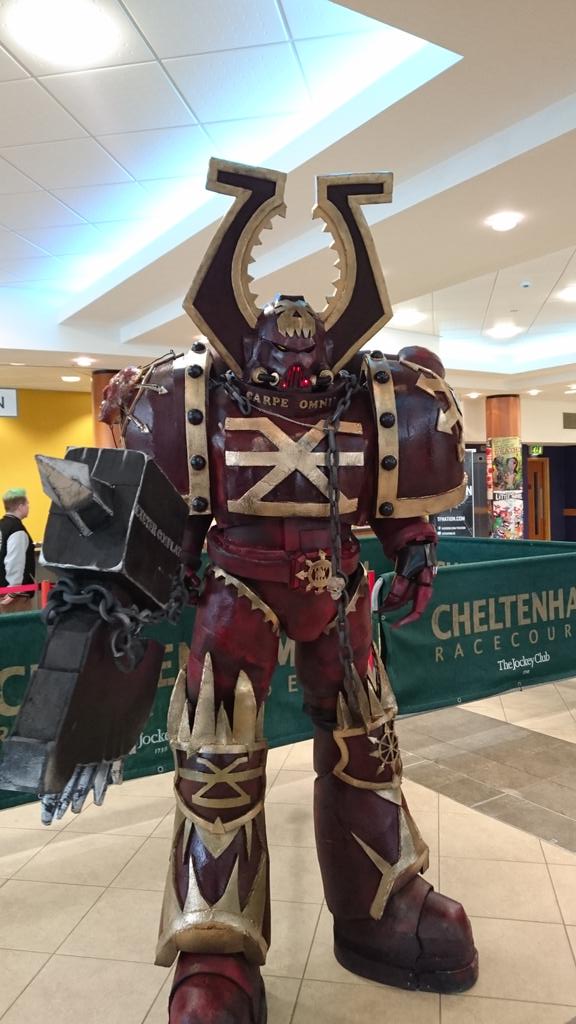 One big part of comic conventions is the heavy dose of cosplay, which is understandable! I had the pleasure of chatting with a rather wide variety including Kylo Ren, Chaos Space Marines, Poison Ivy and even a Chef Deadpool (Because… chimichanga?). Hell despite my tenderfoot skill set I even got involved dressing as Walter White (Because… meth?) while being accompanied by my friend dressed as Agent 47. Embracing this natural love of adult dress-up was made easier knowing the “Celebrate Cosplay” team were already setup allowing the simpler folk like me to understand what’s going on and get practical pointers for my future cosplay. There was just a genuinely relaxed vibe with the cosplayers there which was no doubt down to a mixture of good planning and good people. 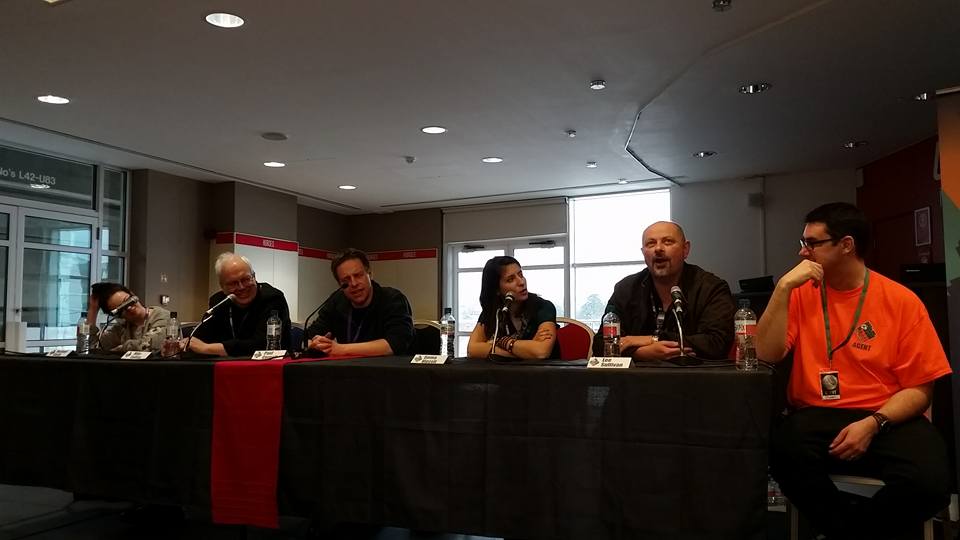 I attended two panels; Indie Comics and Doctor Who Comics panel. I won’t go into major details here in this article as it’s a general overview but I can say I enjoyed both greatly. Of course there were more than two panels but honestly I was split between what to do first and what to do next. What was very clear was the panels were not simply ONE thing, it was always a little different with varied people and great audience interaction. It wasn’t simply 3-5 people sitting on a pedestal and enforcing their opinion on you, it was an exchange and discussion with strong people in the industry. Most important piece of gossip granted while there? That one comic book writer almost wrote a cat/Captain Jack love story. Shhhh now, spoilers!

I will be writing more, this is a footnote to ensure people know what a good time I had. Collectively my Saturday made me cosplay for the first time, uncovered a strange love for the indie comic “Moon”, discussed the finer points of vanilla cake vs chocolate cake with BB8 and decided battling badgers is a perfectly reasonable concept. The True Believers Comic Festival is a gauntlet of entertainment in a crowd of welcoming comic book fanatics, exactly how it should be!