Non-fiction Weekend – The Stranger on the Bridge 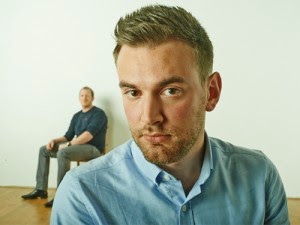 The Channel 4 documentary about one man's search for the stranger who changed his life is watched by Susan Omand...

It’s 10:30 am on 14th of January 2008 and Jonny Benjamin is on Waterloo Bridge with the intention of throwing himself off. He didn’t. He didn’t because someone stopped and talked him down. Someone that didn’t know him or his circumstances, someone that just cared enough about life to remind another who had lost all hope that there were things worth living for.

This documentary is about Jonny’s search for that person who turned his life around, who he called “Mike” because he couldn’t remember his name. From the Twitter hashtag #FindMike, to the media interviews we follow Jonny’s journey to say thank you. The comments from the people who talked to Jonny as he handed out leaflets trying to find his saviour were heartwarming as they congratulated Jonny for turning his life around and saying how life actually was worth it. All of these avenues of investigation brought out stories of not one but several people who claimed they had talked someone down from a suicide attempt on the bridge. Many of these were genuine but not the “Mike” that Jonny was looking for. Further investigation turned up a message that sounded right though. A colleague of someone in medical school remembered hearing a story of them talking someone out of a suicide attempt. More digging results in a meeting but it’s not the same person. However, yet again it’s another story of one human being saving another.

The media circus, the psychology, the words from the family and the effect that Jonny’s story had on strangers around the world, many of whom had lived with the memories of a family member or friend who had committed suicide, were all profoundly affecting. The meeting between Jonny and a girl whose twin brother committed suicide around the same time as Jonny’s attempt moved me to tears as the empathy and understanding between the two as they talked helped them both to move forward.

Finally, after nearly giving up the search, there was a message for Jonny from someone, not called Mike, but who knew all the details and who fit everything that Jonny remembered. That final meeting was highly, highly emotional as Jonny relives the whole event, having come face to face again with the man who saved him. Listening to “Mike,” whose real name was Neil, talking about what happened and the events and the words he used and seeing his determination to save this man was amazing. Also listening to Jonny’s story of the time as the memories came flooding back, of how he was a newly diagnosed schizophrenic and how he couldn’t cope with the delusions and the voices, I could really understand why he felt like there was no way out.

I said at the start this programme was inspirational. Jonny Benjamin is inspirational because of what he didn’t do as much as for what he did. He didn’t throw himself off the bridge. He listened to this stranger who just stopped and talked and he thought about what that person was saying. He dug deep into the darkness and found a speck of light. He carried on fighting and is still fighting. He’s not “fixed,” because you can’t fix mental health issues, but he has found the inner strength to carry on that fight, the kind of support he needs to manage it better and the courage now to recognise and ask for help when he needs it.

More inspirational for me though is “Mike”, and all the other people throughout the show who were there at the right time to help another person. The people who didn’t put their heads down and walk on. The random strangers that were engaged enough with the world around them to notice a man on a bridge who had lost all hope and generous and caring enough to give that person, that they don’t know and have no connection to, the reason he needed to carry on the fight.

The thing I will take away from this most though is the power of words. How much what you say, however small, can affect someone else for good or bad. And how much a “random act of kindness” can change someone’s life.

Watch the documentary here
Email ThisBlogThis!Share to TwitterShare to Facebook