Film - Life on the Line 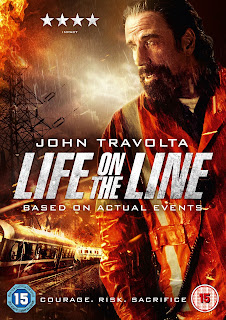 John Travolta gives an electrifying performance in Life on the Line, coming to DVD and Digital download next month...

Golden Globe winner John Travolta stars in this tense action thriller, where a team of Texas linemen race to install miles of cable before a deadly lightning storm destroys the power grid. These unsung heroes work hundreds of feet in the air, on wires carrying as much as 500,000 volts of electricity, with death often inches away.

Beau Ginner (Travolta) is haunted by the electrocution death of his younger brother, which left Beau raising his niece, Bailey (Kate Bosworth) on his own. Beau is determined to see her go to college and away from the life of linemen, but Bailey has other plans, including staying in touch with her ex-boyfriend Duncan (Devon Sawa) whom Beau despises. As a major storm descends on the county, events come to a head, leaving both Bailey and Beau's lives on the line.

Based on real-life events and featuring Sharon Stone, Julie Benz and Gil Bellows, Life on the Line comes to Digital Download on 20th February and DVD from 27th February, 2017