Book - The Costa Book of the Year 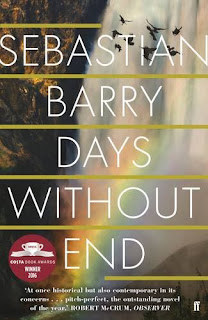 Following the announcement last month of the Category Award winners, the Costa Book and Short Story of the Year have been chosen...

After winning the category for Costa Novel of the Year, Sebastian Barry's powerful story of duty and family set against the American Indian and Civil Wars, Days Without End, has won the coveted overall title of Costa Book of the year. This is not the first time Barry has won the award, his novel The Secret Scripture won the same award back in 2008.

Days Without End, Barry’s seventh novel, sees narrator Thomas McNulty recount how, having fled Ireland when orphaned during the Great Famine, he made his way across America as part of the US Cavalry. With his long-time friend and companion John Cole, Thomas witnesses the birth of America - from the atrocities committed against the Native Americans to the horrors of the Civil War - and, ultimately, finds his own family and identity.

Professor Kate Williams, chair of the final judges, said: “We all loved this magnificent, searing, thrilling book – brutal, terrifying yet with moments of light and beauty. Brilliant writing that takes you to the depths and the heights of humanity, and a voice you simply can’t forget.”

Barry beat bookmakers’ favourite, debut non-fiction writer Keggie Carew, for Dadland, debut novelist Francis Spufford for Golden Hill, poet Alice Oswald for Falling Awake, and YA writer Brian Conaghan for The Bombs That Brought Us Together to win the overall prize and a cheque for £30,000 at the awards ceremony.

Since the introduction of the Book of the Year award in 1985, it has been won twelve times by a novel, five times by a first novel, six times by a biography, seven times by a collection of poetry and twice by a children’s book. 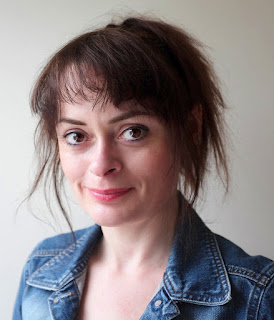 Jess' story was about a young Irish girl in London accompanies her mother on visits to a dying woman – with curious consequences.

Jess Kidd completed her first degree in Literature with The Open University, and has since taught creative writing, gained a PhD in Creative Writing Studies and has aspirations to teach writing in the prison service. She has also worked as a support worker specialising in acquired brain injury and as a PA to a Rector.  Her first novel, Himself, was published in October 2016 by Canongate and was shortlisted for the Irish Book Awards 2016. Her second novel, Hoarder, will be published in early 2018 and she is currently working on her third novel as well as her first collection of short stories – many of which are either set in Ireland or have Irish protagonists.

Established in 2012, the new Award - run in association with the Costa Book Awards but judged independently of the main five-category system – is unique in that it was judged anonymously (i.e. without the name of the author being known throughout the process). It is for a single, previously unpublished short story of up to 4,000 words written in English by an author aged 18 years or over, and is open to both published and unpublished writers.

A shortlist of three stories was selected by a panel of judges – Sarah Franklin, Joe Haddow, Adele Parks, Simon Trewin and Kit de Waal - and then made available on the Costa Book Awards website for the public to download and vote for their favourite.

You can still download and read all 3 of the shortlisted short stories here.