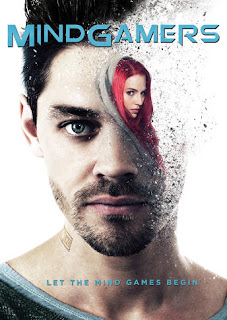 What if we could hack the human mind? Watch the trailer for MindGamers, coming to DVD & Blu-ray in May...

The film follows a group of brilliant young students who create a wireless neural network, linking multiple minds via a quantum computer. Capable of transferring motor-skills from one brain to another, they have brought into existence the first shareware for human motor-skills. They freely spread this technology, believing it to be a first step towards a new equality and intellectual freedom. But they soon discover that they themselves are part of a much greater plan and more sinister experiment, as dark forces emerge that threaten to subvert this technology into a means of mass control.

The global premiere of MindGamers took place this week where 1,000 individuals across the US were the first to participate in a neuroscience experiment on an unprecedented scale. Attendees and their brains were connected in real time using brain-computer interface technology, resulting in a world-record for the largest number of minds connected simultaneously to the cloud. And that is either a really cool idea... or a really, really scary thought.