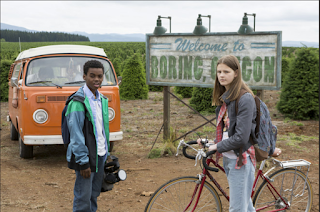 No, this isn't a sweeping generalised opinion about the state of television in 2018, it's another high-school nostalgia-fest series from Netflix, this time based in 1996....

According to the blurb: “Set in the real life town of Boring, Oregon in 1996, Everything Sucks! is a quirky, funny coming of age story that revolves around Boring High School’s A/V Club and Drama Club— two crews of nerdy-edgy outsiders, who join forces to make a movie and endure the purgatory known as high school.”

Ooookay then. Well, it's being hailed as a cross between Stranger Things and Big Mouth and the 10 half hour episodes are due on Netflix on February 16th