Princesita directed by Marialy Rivas was the biggest winner of the Festival this year, receiving four awards: Film of the Festival, Best International Feature, Best Performance for Sara Caballero and Best Cinematography for Sergio Armstrong. Produced by The Fabula, the Chilean production company created by the Larrain brothers, the film tells the story of twelve-year-old Tamara, who has been raised in a cult. This tense and sinister tale was written by Rivas in part to show the extremes to which men still believe they have ownership over women's bodies. As a result of winning Film of the Festival and as per Raindance tradition, Marialy will be asked to direct next year’s Official Festival Trailer.

The film generated a lot of buzz during the Festival, particularly from Raindance Founder Elliot Grove who stated that, “We chose Princesita as Film of the Festival because due to the stunning film work and the controversial spirit in which it was made. Marialy takes a risk in tackling a difficult subject in her unique, dreamlike style - and it completely pays off. We also thrilled that this being the first year we have adopted the F-rated initiative that a triple f-rated film has won Film of the Festival - Princesita is written and directed by woman and features significant female characters. We are proud to support female filmmakers every step of the way.”

Best Director was awarded to Rene Eller for We, adapted from a controversial novel by Elvis Peeters, WE is a story about abuses of power and privilege. Unconcerned with the consequences of their actions, the members of a privileged teen group of friends spur each other on to ever more sociopathic behaviour. Lauren Mackenzie’s We The Kings a portrait of two tortured souls, played by Elliot James Langridge and Timothy West with electrifying intensity was awarded Best UK Feature and the Best Documentary went to Tre Maison Dasan, an incredibly intimate documentary giving the opportunity to those affected by the justice system, young and old alike, to share their stories. Piotr Domalewski’s Silent Night received the Discovery Award for Best Debut Feature with his insightful and tender film displaying powerful performances about the realities of a family reunited. 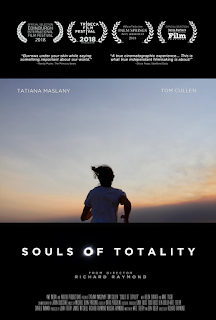 Award winning short Souls of Totality centres in on a looming moment that can change everything and stars Emmy Award winning actress Tatiana Maslany and actor Tom Cullen and Landsharks follows the vicious cycle of misguided youths on a troubled estate, forced to carry out the dirty work of exploitative adults. Earthrise tells us the story of the first image ever captured of the Earth from space in 1968. Told solely by the Apollo 8 astronauts, the film recounts their experiences and memories and explores the beauty, awe, and grandeur of the Earth against the blackness of space. Best Animated Short was awarded to Blind Mice directed by Nicholas D’Agostino about An ex-con gets wrapped up in a con within a con. Last but not least Best Music Video Award went to Solicitous a romantic, fairytale-like story about the relationship between two sensitive giants living in the mountains directed by Zuzanna Plisz.

The Award for Best Festival Campaign goes to Mike Rogers producer of the documentary Matsuchiyo - Life of a Geisha.

The winner’s of this year’s VRX Awards will be announced at a special event tomorrow, Saturday 6th October and Bob Giordano’s The Odds will close the Festival on Sunday, October 7th at Vue Piccadilly in London.

In August this year, Terry Gilliam received this year’s Raindance Auteur Award recognizing his achievements in filmmaking and ongoing contribution to the film industry.

The winning films were selected from 15 categories by the Festival’s jury members, which also included Adrian Lester, Ray Winstone, Annabelle Wallis, Laura Carmichael and Gareth Edwards, among many others.

With the 26th edition coming to a close on Sunday, the Festival received a record-breaking 8929 submissions from over 100 countries, the highest it has received to date, including features, shorts, webfest, VR and music videos.