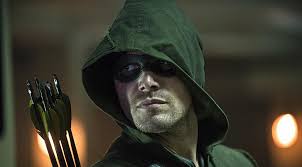 Kraig Taylor-Bryant has been looking back at some of the older seasons of Arrow. Here's his thoughts from Season 3 (with spoilers)...

So now we’re at season 3 of Arrow. A season that seemed to revisit the same problems that Oliver already had with the whole "identity struggle," following the death of his friend Tommy Merlin, which seems somewhat repeated in the third season, even as it leads into the fourth season.

The third season follows the story, mainly, of Ra’s al Ghul, and how he desires to gain vengeance for the death of one of his own, Sarah Lance. Half of the story seems to revolve around the question of who killed her before we learn that it was actually Oliver’s sister, Thea, who did it whilst under the influence of a drug concocted by her evil biological father. This part of the story, to me was surprisingly clever, because this whole thing was planned by Malcolm, to lead him to take over the League of Assassins. It seems almost too clear at the end of the season, that Malcolm expected Oliver to challenge Ra’s for his leader position to defend Thea, before winning the title from this victory, and giving it to Merlin, since he knew that Oliver would not want it.

The second half of the season just seems to go around and round in circles which was a big issue for me. After Oliver is presumed dead, after he challenges Ra’s and is stabbed in the stomach, he is treated by an old friend from his days on the island (who was sent there intentionally by another friend in the League of Assassins), and is congratulated by Ra’s for surviving the duel, leading Ra’s to insist that Oliver take his place as Ra’s al Ghul. After this it just seems to be one thing after another, with criminals Oliver is facing, on top of Ra’s appearing, to make things difficult for Oliver, to encourage him to take Ra’s place. This seems to go on for a long while, before Thea is stabbed by Ra’s, and Oliver is forced to take on the role, and train for it, to guarantee that his sister will live, through the mysterious “Lazarus Pit”, the waters of the League of Assassins that are said to raise the dead, but also awaken a blood lust within such a person. After all this it just seems that Oliver is keeping secrets from Felicity and Diggle for no real reason, as they could have been told about Oliver’s intention to kill Ra’s after training long enough to be able to beat him in combat.

Towards the end of the season, they then decided to revisit the idea of Oliver needing to be something else (again), because the Arrow is officially dead, and he doesn’t quite know if he’s even Oliver Queen anymore. So, to avoid any issues with people realising the Arrow is not dead, Oliver decides to run off with Felicity to live a good life together, which to me would have even been a good ending for Stephen Amell’s time with the show, if he didn’t end up coming back anyway at the start of the next season. 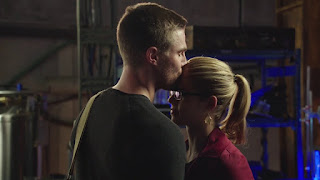 The run-through of this season doesn’t really give the important themes behind this season an honourable mention. Because one of the things that this season definitely got right, was its themes of broken trust and the importance of parenting.

The theme of broken trust is clear throughout this season through the characters of Thea and Roy, Malcolm and Thea, Laurel and her father, Diggle and Oliver and even Ra’s and Oliver. From the end of season 2, leading into season 3, we found that it was the secrets that Roy was hiding from Thea, that drove her away to stay with Malcolm. Now I find this to be the most important one to mention, because if Thea had not gone to Malcolm, then Malcolm would not have manipulated her into taking a certain drug, that made her kill Sarah Lance, meaning that the plot of this whole season, could have never happened.

Whilst on the topic of Malcolm and Thea, I might as well talk about the broken trust between them shown in this season. Thea's trust with Malcolm is shaken, after she finds out that he not only drugged her, but made her kill Sarah, and I think this mistrust wasn’t exactly important to the plot as my previous point was, but I think if this hadn’t happened, then Malcolm could have convinced Thea to join him in committing the dark deeds done by Malcolm, during the fourth season, so in this way, the season could have played out a lot more differently, had Thea been with Malcolm by the end of season 3.

And of course, the main betrayal of the season that everyone remembers, Laurel not telling her father that Sarah, Laurels sister, is dead. This betrayal definitely set in motion a lot of things, including, Quentin’s mistrust of Oliver and The Arrow, the destruction of their first lair, which is based beneath Oliver/Theas club, and the main thing being the set up for Roy being imprisoned after signing a confession admitting himself as “The Arrow”. This leads Roy to be presumed dead after being stabbed, though in a place that makes it look like it could kill him, but actually, doesn’t cause internal bleeding, forcing Roy to leave town. Therefore, if Laurel hadn’t lied to Quentin (her father), then Roy would not have left the team to live somewhere else and would have featured in season 4 as one of the main members of the team.

Two of the betrayals that people seemed to have forgotten or not noticed in this season, was Oliver’s betrayal of Diggle, and his betrayal of Ra’s al Ghul. Now what I thought was really clever about these, was that both of these happened because of one of the choices that Oliver made, and this was the decision to lie to his friends and make everyone think that he had given himself fully to the league of assassins, and was no longer himself, he would then train with Ra’s to find his strengths and weaknesses, and work on taking down the league from the inside. By doing this though he had to gain Ra’s trust, by kidnapping John Diggle’s wife, which lead Diggle to distrust Oliver, not just because he didn’t tell him about this plan, but because it meant that Diggle’s baby daughter was left alone and could have been hurt. Oliver’s betrayal of Ra’s seemed clear from the very beginning, not only because Ra’s almost caused the death of Oliver’s sister, but also because we know Oliver well enough to know that he isn’t the kind of person to lead an army of assassins.


Now the other, less obvious theme of the season, the theme of parenting, stood out to me, represented through Malcolm and Thea, Ra’s and Nisa, Diggle and baby Sarah (Diggle’s daughter) and Quentin and Laurel. I think that the ideas of parenting in this season are presented in an intriguing way, to put it lightly. Thea and Malcolm, seem to have a strong connection for the first part of the season, with Thea being a particularly strong character, compared to how she was in the previous seasons, having fought off The Arrow and later becoming a part of Oliver’s team, because of how Malcolm decides to mentor her, from the events of the end of season 2, to the start of season 3. This shows the effect of having a parent that is as deceiving and violent as Malcolm, because of the effect finding out that she killed Sarah, has on her by making her want someone to kill her, because this becomes what she thinks she deserves.

Another relationship theme within a family is that of Ra’s and Nisa, and how Ra’s ends up searching for his daughter and suing the next Ra’s (being Oliver) to find her and force her to become Oliver’s wife. And this leads Nisa to attempt to kill Oliver because of her desperate desire to not become married to him. I think this makes it clear, the kind of effect that having a violent and demanding father such as Ra’s can have on a person, by making them so desperate to have the freedom of choice, they would kill the person they are marrying, because they know they can’t kill their own father. One of things that also struck me as surprising, was when Oliver kills Ra’s and Oliver apologises to Nisa, expecting her to be beside herself, being upset over her fathers death, though instead she feels nothing but disappointment that she didn’t get to do it herself, thereby showing the kind of violence she must have been exposed to growing up to desire such a thing, as even Thea, despite all the things Malcolm has done, would not wish that on her father.

During one of the filler episodes the show also touches on John and his wife, Lyla, and their family issues. Whilst on a mission working for ARGUS, the secret organisation, they learn through this mission as well as us, through Deadshot’s flashbacks, that its extremely difficult to live such a dangerous life, and look after a child, which we see presented through Deadshot, and him being so traumatised, coming back from the war that he threatens his own wife, after being so frustrated that his daughter wont talk to him or even eat the food he makes for her. And Diggle and Lyla learn this themselves when they see Deadshot get killed, and feel the same fear for themselves, and what might happen to baby Sarah, if she grew up without a mother or a father, if they were killed on one of their missions.

I think, despite the issues I have with this season, it’s not one that’s worth avoiding or ignoring, because the strong family themes are relatable to many a viewer, it’s still one worth watching, and is cleverly dark in a few moments, though to me, doesn’t come close to rivalling the dark and emotional drama of the second season. And to think that the whole plot of the second season, leading into the third, seemed to revolve around the effect Roy keeping secrets from Thea had, is just crazy, and almost links back to the themes of the first and second seasons, of secrecy.