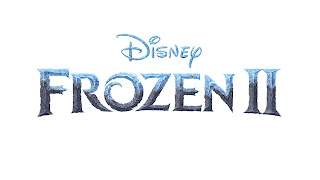 They just couldn't let it go, as things take a much darker turn in Arendelle. Have a look at some new character images and the latest trailer from Frozen II...

Why was Elsa born with magical powers? What truths about the past await Elsa as she ventures into the unknown to the enchanted forests and dark seas beyond Arendelle? The answers are calling her but also threatening her kingdom. Together with Anna, Kristoff, Olaf and Sven, she'll face a dangerous but remarkable journey. In Frozen, Elsa feared her powers were too much for the world. In Frozen II, she must hope they are enough.

King Agnarr (voiced by Alfred Molina): The son of King Runeard, King Agnarr is married to Queen Iduna, and is Anna and Elsa’s father. King Agnarr loves his family, and would do anything to ensure his daughters’ wellbeing and safety.

Yelana (voiced by Martha Plimpton): The unspoken leader of the nomadic Northuldra. She is fiercely protective of her family and community but is known to soften when people show an understanding of nature and their environment.

Honeymaren (voiced by Rachel Matthews): A member of the Northuldra, Honeymaren is a true free spirit and wants nothing more than to bring peace to the enchanted forest. She is bold and brave, with a reverence for the magic of nature.

Ryder (voiced by Jason Ritter): Eager and fun, Honeymaren’s brother Ryder embraces life with optimism. Ryder’s love of reindeer might just rival Kristoff’s—but unlike Kristoff, Ryder has never roamed the great plains outside of the Enchanted Forest. He longs to embrace the world and venture beyond the magical mist.

And then there's Bruni: Curious and cute, this little blue salamander inhabits the Enchanted Forest. Though shy at first, Bruni can’t help but be drawn to Elsa’s icy magic and enjoys the cool snowflake treats she creates. D'awwww!

Frozen II comes to cinemas in the UK on 22nd November.