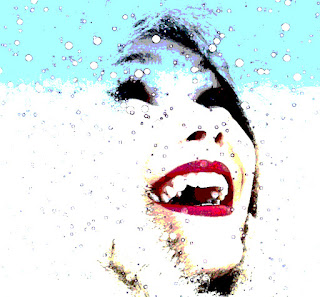 In need of a bit of a laugh, Susan Omand decides on her top 5 TV comedy shows of the decade...

As you might expect, I don’t get a lot of spare time. As well as the day job (sneaky shout out to Ladbroke Audio!), and writing articles and reviews alongside all the admin work that I help with in publishing The DreamCage and AlbieMedia websites for your daily delectation, I’m still trying to run my own business and keep housework, body and soul under control. So, when I find the odd half hour here and there to just flop in front of the telly, I want something quick and easy to watch. These days, it’s more likely to be something factual like Fast n Loud, or a quiz show like A Question of Sport or Only Connect, with a liberal sprinkling of the utter joy that is The Repair Shop (seriously, find it and watch it!), that helps my brain to change tack and relax a bit but, over the last decade there have also been some superb half hour comedy shows that have given me the giggles and left me with a smile on my face and ready to face the next pile of work that has crept into the email inbox in that half hour.

Here, then, are my top five comedy shows of the 2010’s (and if your favourite is not on here, it's probably just because I haven't watched it yet) :

Now, bear with. Miranda was gentle, easy family viewing, that it was not reliant on overt sex, violence, bad language or shocking humour to amuse. The writing was comedy gold, successfully combining that fine blend of one liners, slapstick and surrealism that utilised the talented cast superbly.

Yes, I know it went a bit off in the final season after we had "met the mother" and the finale was pants but I watched it all anyway. The dynamic of the main cast, seeing Willow from Buffy as not Willow from Buffy, the running jokes throughout the seasons (like the "slap bet" and Robin Sparkle) and, of course, the glorious Barney Stinson who was legen..... wait for it....

This is one that went under the radar of a lot of people, otherwise we would have had more than one series. Set in the 1840s, the show followed the progress of four young medical pioneers fighting to make a mark on the world - beat their rivals - and save lives. I'll admit it doesn't sound great on paper but then you add incredible writing and a cast that boasts Rory Kinnear as Robert Lessing, a showboating surgeon trying to beat his own amputation record, Tom Basden as a dentist turned anaesthetist who was his own best customer for anaesthetic, Matthew Baynton as an easily flusterable alienist (psychiatrist) who has a not-affair (OK, the odd ankle touch) with Robert's headstrong wife Caroline, played beautifully by Lydia Leonard, and Rupert Everett as the curmudgeonly president of the hospital and physician to Royalty, hating on innovation, young people, patients and, well, everything, and I was in bits at it every week.

I loved this show and, if it wasn't for the resurgence of my no1 pick, this would have taken top slot. It was dark and surreal, uncomfortable, ridiculous, inappropriate and absolutely hilarious. As I said in my review at the time, “So Frodo Baggins is smoking pot in his basement and arguing about the next door neighbour with his best friend, a six foot tall talking dog with an Australian accent...” 'Nuff said.

Yes, yes. I know it's not "strictly" a fully 2010s comedy because it started back in 2002 on BBC One Scotland as an offshoot of the sketch show Chewin' the Fat and ended with a Hogmanay special at the end of 2007. However, after the huge success of a live show in 2014 featuring the same characters, the powers that be at the Beeb decided to bring it back for another few series so I'm justifying it that way. Whatever the arguments, Glasgow pensioners Jack and Victor and their pals, gossipy Isa, miserly Tam and scheming Winston, Boabby the Barman at the Clansman and the ever-glorious Navid who ran the corner store gave me a laugh every time they were on. Why? Because I know people like every single one of the characters on the show, so it was funny because it was true.