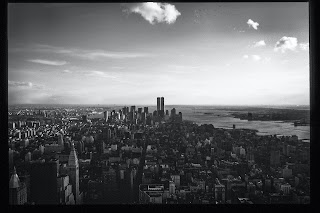 BBC One has commissioned a feature-length documentary from director Arthur Cary to mark next year's 20th anniversary of 9/11...
Press Release

The film will tell the story of the two-hour period when terrorist attacks on the Twin Towers, the Pentagon and Flight 93 changed the world forever. It will also tell a parallel narrative, looking at how those two hours changed the lives of those who were there, with past and present interacting throughout the film.

Clare Sillery, Head of Commissioning, Documentaries, History and Religion, said “This film takes a new and different look at an important subject matter.

"All of our lives changed because of the events of 9/11, but for those who were there the effects are long lasting and deeply felt. The core cast of this film have not spoken publicly before. By looking at what happened to them on the day and their lives 20 years on, we can see how the shockwaves of that event still reverberate in profound ways today.”

Darren Kemp, Executive Producer, added “9/11 is a remarkable story that never ended for those who lived through the tragic events of that day. The 20th anniversary is an opportunity to take a fresh look at the events two decades ago and to see how they continue to play out in the lives of those who were there.”

The two hours of 9/11 will be an unfolding chronology, almost in real time, told by contributors who have extraordinary stories of heroism and survival to tell, illustrated with personal and public archive of the day. The film will juxtapose that two-hour story with the 20 years since, exploring how the lives of individuals continue to be affected by moments that took place in that two-hour period and how the world continues to be shaped by it.

The film which will record living history from the point of view of those most intimately involved and through the indelible imprint on their lives we realise the effect that day had on the wider world and our own lives.

9/11: The Twenty Year Anniversary, a 90 minute documentary for BBC One, is made by Top Hat Productions. It was commissioned by Charlotte Moore, Director, BBC Content, and Clare Sillery, Head of Commissioning, Documentaries, History and Religion. The Executive Producer is Darren Kemp, the Producer is Chery Hockey and the Director is Arthur Cary (The Last Survivors, War In The Blood). The Commissioning Editor is Hamish Fergusson.
Photo by Thomas Svensson from Pexels
Email ThisBlogThis!Share to TwitterShare to Facebook