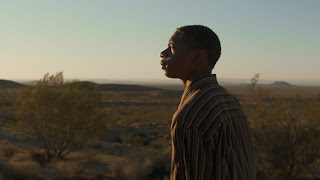 Open City Documentary Festival has announced the winners of the 2020 festival awards...
Celebrating the art of non-fiction, Open City Documentary Festival creates an open space in London to nurture and champion the art of creative documentary and non-fiction filmmakers. The festival’s tenth edition took place online, starting on 9th with today, 15th September 2020, being the final day and it consists of international contemporary and retrospective non-fiction film, audio and cross media, as well as filmmaker Q&As, and industry panels.
OPEN CITY AWARD - AUTHORED FEATURE FILM

WINNER (pictured at the top): SOFIE BENOOT, LIESBETH DE CEULAER, ISABELLE TOLLENAERE for VICTORIA.
The Open City Award is given by the Open City Jury to the film that exemplifies an author in control of their subject matter, craft and story - matching content and form in a powerful and persuasive fashion.

It was awarded to Sofie Benoot, Liesbeth De Ceulaer, Isabelle Tollenaere for Victoria.
A sparsely-inhabited, half-constructed settlement located deep in the Mojave desert, California City was intended to be a major urban centre rivalling Los Angeles had it been completed. Lashay T. Warren has left his turbulent life in L.A. to live there, looking to make a fresh start amongst its crumbling buildings. As they work to rebuild the city, Lashay and his conservation corp companions roam the vacant streets, finding fragments of beauty and poetry amongst the ruins. His collected images and journal entries come together in Benoot, De Ceulaer, and Tollenaere’s charming film to form a lyrical, sometimes surreal filmic diary of life on a forgotten frontier.
The jury said that “Victoria maps a territory of inscription through the work and diary reflections of Lashay T. Warren, a Black man who left Los Angeles to stake a claim and his survival in Cal City, a never-realized city in the California desert. In a post-utopian landscape, and through an effective combination of different devices, the film builds a complex portrait of an individual’s relationship to space, history, and the power of naming.”

A Special Mention was given to Mehrdad Oskouei for Sunless Shadows.
Mehrdad Oskouei’s (The Last Days of Winter, Starless Dreams) masterful observational documentary Sunless Shadows depicts life inside a Tehran juvenile detention centre, where a group of teenage girls serve sentences for the murder of abusive male family members. With remarkable candour, these girls share details of the harrowing and often violent circumstances that precipitated their crimes and reflect upon the grave consequences for the lives still to follow. Despite the severity of their situation, Oskouei finds traces of hope in the young inmates for whom incarceration offers a sanctuary from an even more oppressive world outside.
The jury said that Sunless Shadows is “an intimate, powerfully crafted, and necessary film that gives voice to women who have had their voices taken away by the state and by their families.” 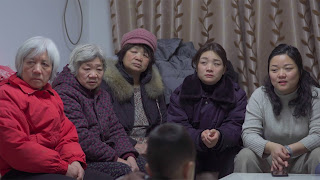 EMERGING FILMMAKER AWARD - FIRST OR SECOND TIME FEATURE FILM
WINNER: GU XUE for THE CHOICE
The Emerging Filmmaker Award is presented to a first or second time feature filmmaker who displays new and exciting approaches to storytelling, and who exhibits commitment to their choices and a clear directorial vision.

Nominated for the Emerging Filmmaker Award were:
Bird Island (Maya Kosa, Sergio da Costa, 2019),
Makongo (Elvis Sabin Ngaïbino, 2020),
The Choice (Gu Xue, 2020), and
The Lake and The Lake (Sindhu Thirumalaisamy, 2019).
It was awarded to Gu Xue for The Choice.
As their aunt sits on life-support in intensive care, a family gathers to discuss her condition and plan the next steps. There is little chance of recovery, yet decisions must still be made. Over the course of a single, hour-long unbroken take, Gu Xue silently and expertly observes the family discuss the fifth aunt’s fate and argue over who will be responsible—financially and practically—for her continued care. A chamber play in one act, The Choice is a quietly gripping, anthropologically-attuned drama examining the complex dynamics, hierarchies and internal conflicts of a Chinese family living through its darkest hour.
The jury said that they chose to award The Choice for “its bold formal gestures that eloquently address cultural dynamics of gender, class, and generation, with patient familiarity.”

A Special Mention was given to Elvis Sabin Ngaïbino for Makongo, “for its attention to the complex relationship between Indigenous communities and capitalism reflected through its moments of stillness, congregation, and action.”

Elvis Sabin’s assured debut follows Albert and André, two Central African Aka Pygmies, as they attempt to establish a new education system in their forest community. The last in their village still attending school, they are determined to pass their knowledge on, holding classes for other Aka children every afternoon. But their project requires funding and they are counting on the year’s caterpillar (known as “Makongo”) harvest to provide much needed income. Evocatively capturing the visual and sonic textures of the forest, Makongo is a layered ethnographic study of two men working to build a sustainable future for their community.

The jury was: Dessane Lopez Cassell (curator, writer, editor), Jessica Sarah Rinland (filmmaker: Those That, at a Distance, Resemble Another, Black Pond), and Rehana Zaman (filmmaker: Your Ecstatic Self, Tell me the story Of all these things), chaired by Julian Ross (researcher, curator, writer). 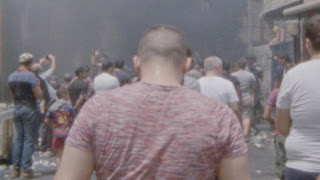 UK SHORT FILM AWARD - BRITISH SHORT DOCUMENTARY
WINNER: 3 LOGICAL EXITS for MAHDI FLEIFEL
This award is given to the short film that demonstrates the most engaging, innovative and compelling approach to short-form documentary — a film that would best represent UK talent at an international level and that demonstrates promise for the filmmaker's future career.

It was awarded to Mahdi Fleifel for 3 Logical Exits.
A sociological meditation on the different 'exits' that young Palestinians choose, in order to cope with life in the refugee camps.
About their choice, the jury said that “this exploration of the stark realities facing young Palestinan refugees and workers in Lebanon asks important questions about the representation of violence and vulnerability in documentary work. Filmed over ten years, the filmmaker showed a deep engagement with the subject, carefully handling the interplay between the personal and political with a strikingly cinematic approach and thoughtfully crafted narrative.”

The jury also gave a special mention to Ayo Akingbade for So They Say, saying that “this tender and intergenerational approach to the archive of the community and history of local action has a strong resonance with the current climate of racial injustice in the UK. The creative reconstruction of 1980s activism created a space to spotlight those who had been doing the work of organising for many years and continue to today.”
Set in 1985 and the present day, the film explores and reflects on the often forgotten histories of the Afro-Caribbean and South Asian community struggle in East London. The legacy of community and activist group Newham Monitoring Project is spotlighted.
The jury for this award was: Claire Marie Healy (writer, editor, Dazed), Lawrence Lek (artist, musician, filmmaker: AIDOL, Geomancer), and Lindsay Poulton (Head of Documentaries, The Guardian), chaired by Rhea Storr (researcher, filmmaker: A Protest, A Celebration, A Mixed Message, Junkanoo Talk). 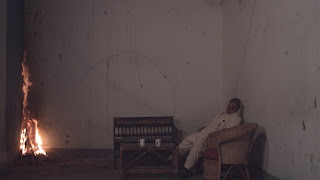 This award, awarded by the International Shorts Jury, is presented to the film that best demonstrates a clear artistic vision, control of craft and the most engaging, innovative and compelling approach to short-form documentary.

It was awarded to Basir Mahmood for Good Ended Happily.

In the artist’s second collaboration with Lollywood, a Lahore-based film industry that is centered close to his home, Mahmood assigns them the task of recreating and filming the after-images of the American Special Forces operation that resulted in the death of the infamous Al Qaeda supremo, Osama Bin Laden.
The jury said that: “Good Ended Happily has been unanimously selected by the jury because it provokes new inquiries through its innovative form.” 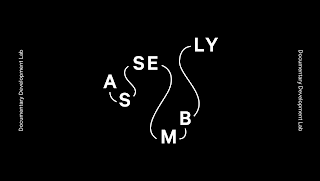 In addition to the annual Festival awards, the recipient was announced of the award for the second Assembly documentary development lab, which grants £10,000 in development funding to one of six participating feature film projects taking part in the programme.

Assembly is a project-based intensive workshop for filmmakers from around the world working on their first or second feature. The workshop programme took place online between 3rd and 8th September, bringing together participants from six feature film projects for talks, workshops, and one-to-one mentoring.

The award was granted to Here, the Silence is Heard. The director is Gabriela Pena, and the producer is Picho García.
After arriving in Chile and inhabiting the old house my grandparents were forced to abandon in exile during the military dictatorship, the ghosts of an open family wound start appearing at night.
About the awarded project, Chloe Trayner said “In Here, The Silence is Heard, the echoes of trauma reverberate resonantly across multiple generations. An intimate and profoundly personal story about family, identity, and memory in Chile, this project signals an exciting emerging voice in new Latin American cinema.”
Find out more about Open City Documentary Festival and book tickets for its final day.
Images - Open City Docs
Email ThisBlogThis!Share to TwitterShare to Facebook