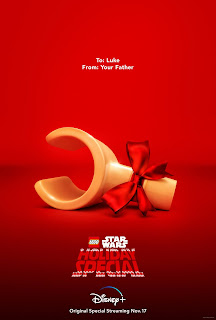 Disney+ is bringing together some of the brightest stars in the Star Wars galaxy for the ultimate holiday family reunion, the LEGO Star Wars Holiday Special. Watch the trailer...

Set to premiere on Tuesday, November 17th, also known as the fan-favourite holiday Life Day first introduced in the 1978 Star Wars Holiday Special, The LEGO Star Wars Holiday Special reunites Rey, Finn, Poe, Chewie, Rose and the droids for a joyous feast on Life Day.
Rey sets off on a new adventure with BB-8 to gain a deeper knowledge of the Force. At a mysterious Jedi Temple, she is hurled into a cross-timeline adventure through beloved moments in Star Wars cinematic history, coming into contact with Luke Skywalker, Darth Vader, Yoda, Obi-Wan and other iconic heroes and villains from all nine Skywalker saga films. But will she make it back in time for the Life Day feast and learn the true meaning of holiday spirit? 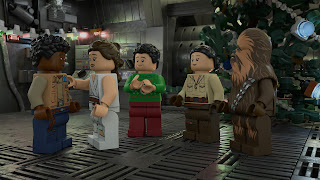 “I think what aligns so much about these specials with Star Wars is that, at the end of the day, you don’t have a good Star Wars story if you don’t have heart. If you don’t have soul,” James Waugh, vice president, franchise content and strategy at Lucasfilm, told StarWars.com in a recent interview. “And I think the reason those holiday stories are timeless is because there are lessons. Whether all of those specials are great or not, they are trying to warm you with a theme about being with your family, caring, loving others, being selfless. These are things that are automatically inherent to Star Wars. So we really wanted to anchor this with the idea of, ‘What is Rey missing right now?’ She is so focused on the burden of being the only Jedi in this new era and the duty of potentially passing on that knowledge. She’s missing the point that there still needs to be time to be with your friends and the family you’ve made.” 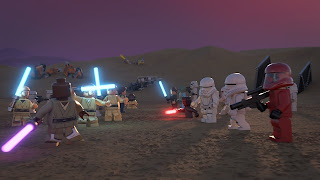