The captivating cat-analogue creation by Mark Dickson and Rebecca Burgess returns in a new collected volume, due to be published by Arledge Comics, and currently being crowdfunded on Kickstarter...

Cream Maid is an all-ages, comedic, slice-of-life adventure that follows its main character through absurd situations, trying to find their place in the world, smashing tables, dressing up in ridiculous costumes, and unwittingly stitching the world back together.

Back in the mists of, oh, nearly two years ago, we reviewed the, somewhat surreal, first issue of a comic called Cream Maid written by Mark Dickson with art by Rebecca Burgess [read Susan's review here - Ed.] Little did we realise then that this was just the start of the little [quite big actually - Ed] cat's [only 30% cat - Ed] adventures, as now they're back in a four chapter collected work.

Lovingly called, by their creator Mark, an "anthropomorphic disaster-magnet," the adorable Cream Maid finds time away from learning their housekeeping duties in the rich household owned by Honey and Darling (well, that's the names that Cream Maid hears the couple call each other when they're not arguing so that's obviously their names) to take to the stage, reach for the stars and become an internet sensation... not without a few strange happenings, quirky disasters and cool new friendships along the way of course, making for a very inclusive, all-encompassing, morally principled and fun-for-all little comic book.
Here's just a taster from Chapter 1:
Recap - Honey has resigned herself to the fact that bringing them cream might not be in Cream Maid's natural skill set [despite the creamy name and maid outfit - Ed], so she attempts to find an alternative job for them... 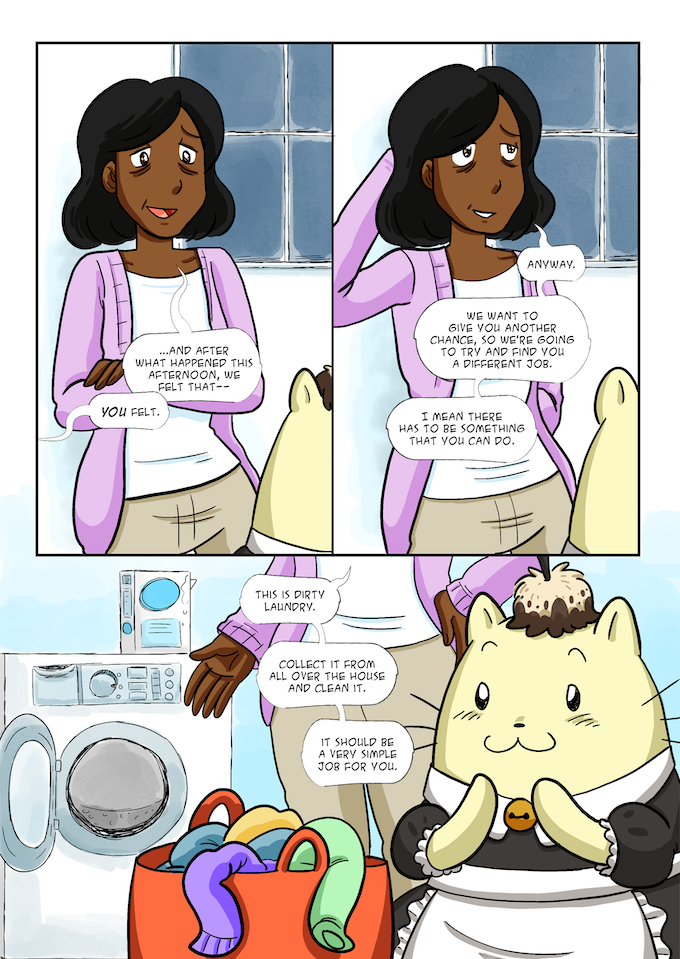 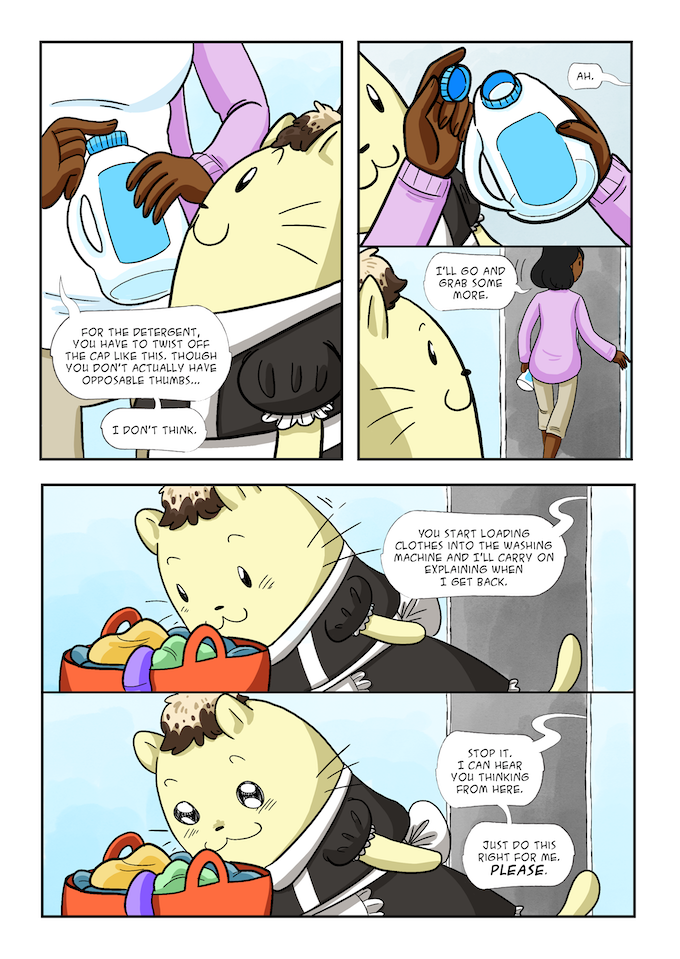 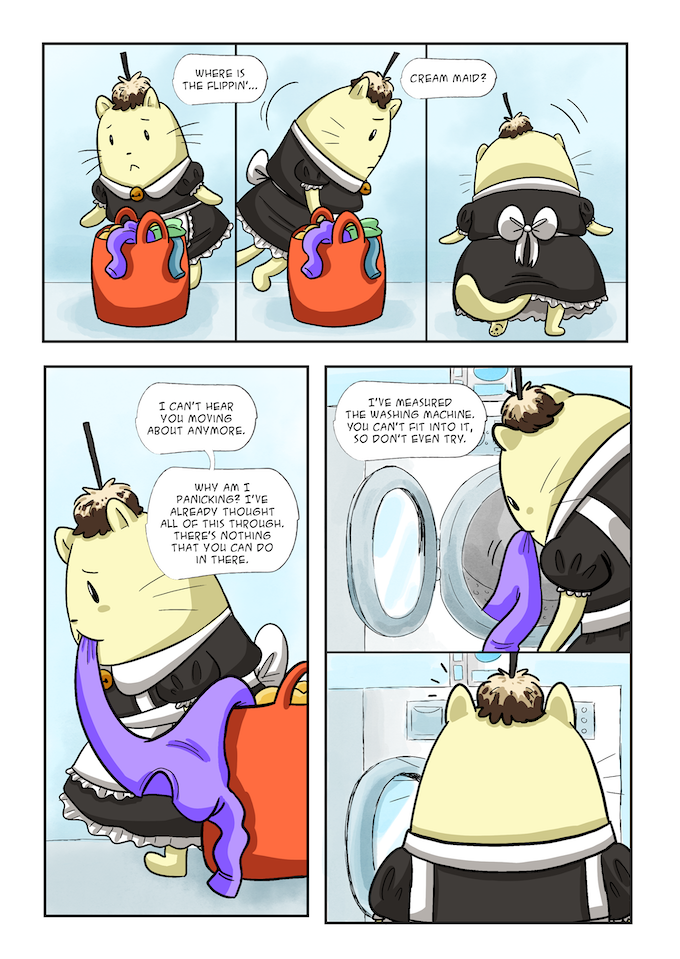 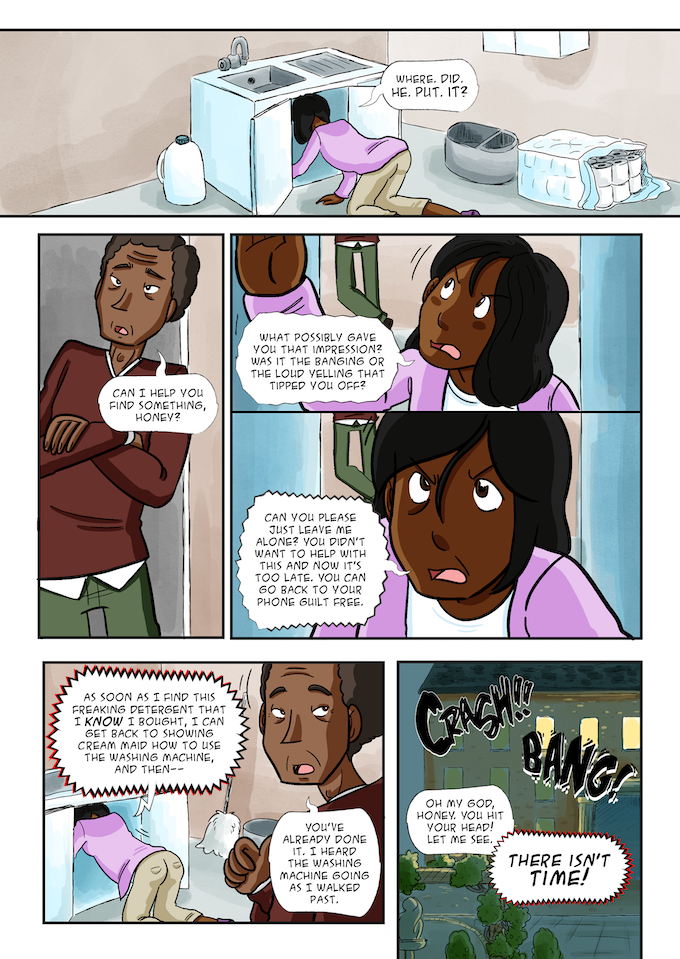 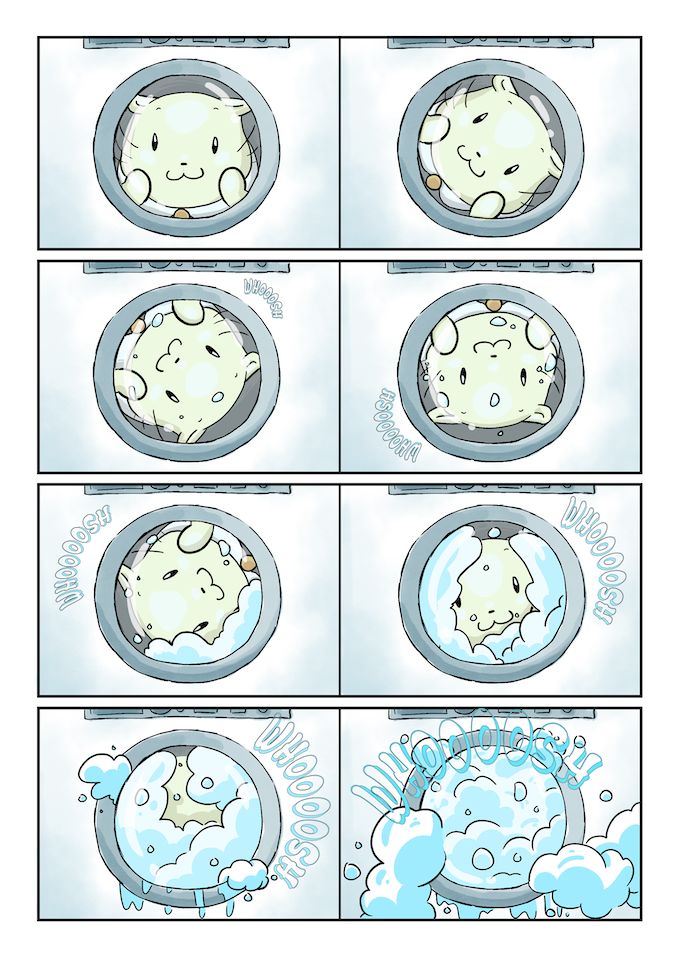 I know, right? So now that you've fallen for the feisty faux feline, what are some of the perks on offer when you support the Kickstarter with your hard earned cash? As well as digital and paperback copies of the book, there's the chance to pick up a set of pin badges, stickers and even a plushie toy.* Another really cool perk on offer is the option to get a book for yourself AND donate another book to a school, library, or hospital of your choosing, which is an excellent idea.
Have a look at the Kickstarter campaign video and support your local Cream Maid.

* Susan would just like it noted here that she called it with the inclusion of a plushy perk in her review two years ago. To quote - "let the record show that when the creators come out with Japanese-style plushy Cream Maid toys as part of the Kickstarter campaign, it was my idea ok?" So there. Now you HAVE to get one.