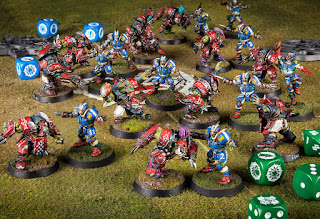 Rob Jones musters the troops to begin to demystify the miniature world of Warhammer...

What's a Warhammer, I hear you cry loudly into the void!?

Well, a Warhammer is a tabletop strategy game. There's different types of a Warhammer too. There's Age of Sigmar which is ye olde timey axe and slashy and magic and crossbow and arrows fun, set in a cataclysmic age of turmoil and strife. 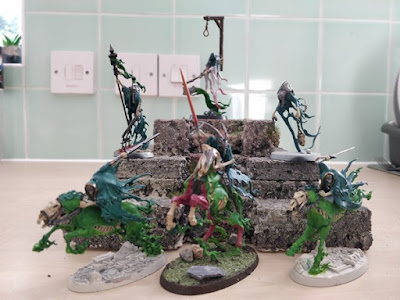 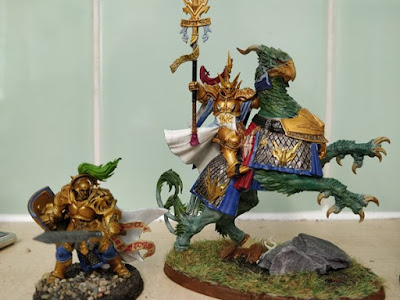 Then there's a Warhammer 40k which is a futury and shooty and slashy and psykery and huge tanks and walking titans kind of fun, set in a cataclysmic age of turmoil and strife and aliens. 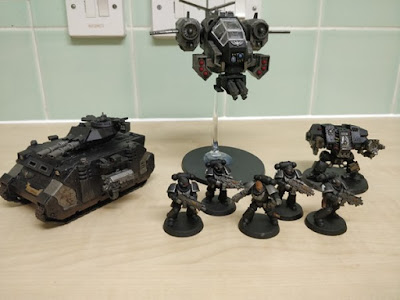 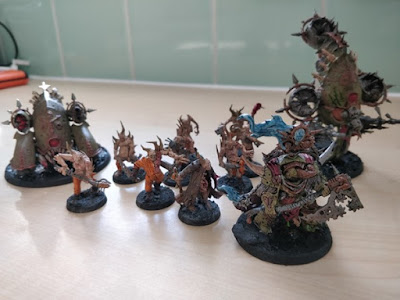 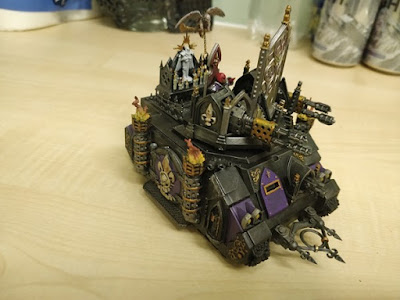 Then there's offshoots of both, Killteam is a Warhammer which involves smaller squads of shooty madness, Bloodbowl is a Warhammer which is a Rugby/American football style game of madness set in a fantasy realm where a team of skeletons will come up against a team of dwarves and fight over a pigskin.
Then there's also actual Warhammers, but they're probably illegal to carry around and would make moving the miniatures on the table difficult without putting the Warhammer down... I guess you could use it as a pushing device?

But Rob, which Warhammer is the Warhammer I should hammer war at?

Well, that depends. Do you like your war to be a hacky, slashy, magicy affair or full of big guns, big shoulder pads and alien goo?

There's box sets to start you off, 3 tiers to be precise to suit most budgets, and they come with two armies to assemble and paint and then make pew pew or clang crash noises at whilst you play.

But what about terrain I hear you muse in your mind as you attempt to block out the existential dread of 21st century life?

Well, you can buy that too. Or, since we're heading into lockdown 2: Electric Boogaloo, you can break out the glue gun, the craft paint and whatever odds and sods you have lying around and make your own. Here's some examples of stuff I've been making over the past few months to give you a wee taste: 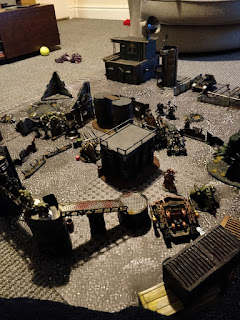 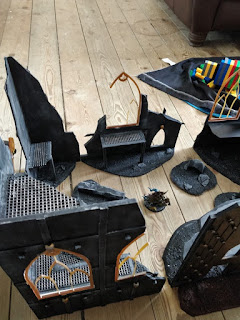 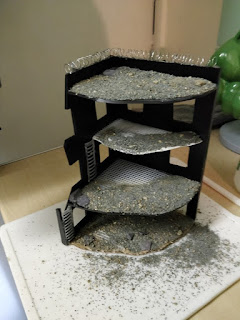 Okay, but Rob, you big Nerd, where the hell do I start with all this, you've overwhelmed me with too many options…

Well, do what I did.

Watch battle reports on YouTube. There's many dedicated channels out there that do breakdowns of armies, tactics, game reports, terrain tutorials and painting tutorials to help you on your way. Here's a handy list of a few with links to check out:

And these are just a handful of the many, many wonderful channels out there that can help guide you on your way into the wonderful world of a Warhammering.

What are the benefits of a Warhammering?

Well, there's many a benefit to you pursuing a life of Warhammering.

● It gets you in touch with your creative side. Picking paint jobs, making something look particularly gooey or rusty or knackered or all three, building terrain and models kits can be very therapeutic and can help you switch off from the cold, dark, germ infested world we currently live in.

● It can bring you and your partner closer together: my girlfriend has been playing me at it due to my persistent badgering/eye fluttering/insistence and so far I can't bloody beat her at the game I love. But we have a fun evening playing and talking and laughing without looking at our phones and seeing the latest in the long line of craziness that's trending on social media. 👍

● You meet new people. I've met so many new, like minded people on the Facebook groups and Twitter hashtags that I've found and it gives you inspiration to make and do more.

● Finally, It relieves of you that burdensome money in your pocket that you should ideally spend on bills or panic buying toilet roll.

So. To summarize. There has never been a better time to start a Warhammer. With the new releases of the 9th edition of Warhammer 40k and the new Age of Sigmar coming out recently, you can deep dive or paddle into the world of a Warhammering with relative ease. Then, you can crush your enemies, see them driven before you, and hear the lamentations of their minis to your heart's content.

Rob Jones (@RobJonesWrites on Twitter) is a UK based award nominated comic writer with @MadiusComics and an award winning letterer (@robjonesletters on Facebook). Find his Lettering Portfolio on his blog at https://robjonesletteringblog.wordpress.com/lettering-portfolio-2020/ [Comics creators - commission Rob to do some lettering work for you so he can afford some more Warhammering (oh, and food and rent and stuff) - Ed]
Images - Main: Warhammer Community, others: Rob Jones
Email ThisBlogThis!Share to TwitterShare to Facebook