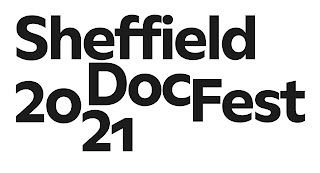 The award winners of the 28th edition of the Sheffield DocFest have been announced as the festival drew to a close at the weekend...
Press Release

The International Competition Jury is made up of Karen Alexander, an independent film and moving image curator and researcher, Peruvian cinematographer and producer, Inti Briones, Sergio Fant the German-based Italian film programmer, Colombian-Brazilian filmmaker Paula Gaitan and finally Hiroko Tasaka who is the curator of the Tokyo Photographic Art Museum and Artistic Director of the Yebisu International Festival for Art and Alternative Visions 2022.

The UK Competition is a selection of 14 independent films that bring unique perspectives. Ali and His Miracle Sheep (Maythem Ridha, Iraq, UK) won Best Film, Portrait of Kaye (Ben Reed, UK) the Special Jury Award and a Special Mention given to The Battle of Denham Ford (Bradley & Bradley, UK).

UK Competition Jury incudes, Ashley Clark who is the curatorial director at the Criterion Collection, Wood Lin, a film critic and a festival organiser specialising in documentary, writer, curator and media activist Keiko Sei, Portugese Filmmmaker Leonor Teles and Campbell X who has directed the award-winning queer urban romantic comedy feature film Stud Life, voted by the Guardian as one of the top 10 Black British feature films ever made. 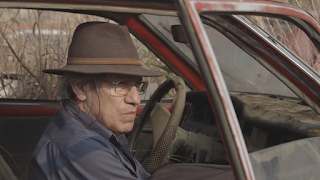 Recognising a film and filmmaker which best reflects journalist Tim Hetherington’s legacy, The Tim Hetherington Award is supported by Dogwoof. The award was given to The Silence of the Mole (Anais Taracena, Guatemala) and a Special Mention for Nũhũ Yãg Mũ Yõg Hãm: This Land Is Our Land! (Isael Maxakali, Sueli Maxakali, Carolina Canguçu, Roberto Romero, Brazil).

Multiple award winning BAFTA nominated filmmaker George Amponsah and Pooja Rangan, an Associate Professor of English in Film & Media Studies at Amherst College made up the jury for the Tim Hetherington Award.

If God Were a Woman (Angélica Cervera, Colombia) was selected as this year's winner of the Youth Jury Award, which is selected by four of the UK's most passionate and stand-out young documentary lovers. The jury consisted of Nafsika Hadjichristou a documentary filmmaker and photographer from Cyprus, Reba Martin from Bristol has been writing about film and marketing since a teenager, Gethin Morgan, a journalist currently working for The Culture Trip but looking to specialise in film, Natalie Peteranna, a Scottish Film and Media Graduate and Martha Robinson, a third year Geography student at the University of Leeds

Made by emerging and established filmmakers from around the world, the Short Film Award recognises the best of short films in the festival, enables qualification for The Academy Awards and is supported by The Guardian Documentaries. This year's winner is Barataria (Julie Nguyen Van Qui, France, Spain) and a Special Mention to Homage to the Work of Philip Henry Gosse (Pablo Martin Weber, Argentina).

Both the First Feature & Short Film Awards were judged by the same jury which included filmmaker Theo Anthony, Agustina Comedi a screenwriter and filmmaker and Alisa Lebow a documentary filmmaker, scholar, and writer.