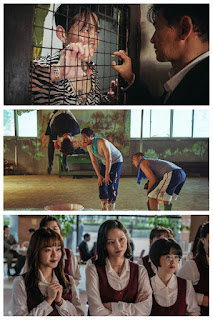 London Korean Film Festival are building up to their main festival in the autumn with a short series of Teaser screenings over the next few weeks...

Promising to showcase a diverse range of contemporary cinema across the year with a season that offers UK audiences a chance to see the latest film releases from Korea, the 2021 season will be focusing on three titles, screening in cinemas across London and the UK [see the full schedule below - Ed]. 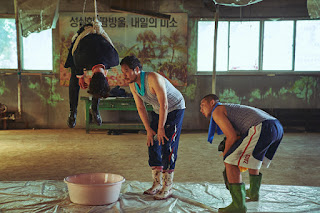 The impressive debut feature from London Film School graduate Hong Eui-jung, Voice Of Silence is a beautifully shot crime caper with an award winning performance from Burning’s Yoo Ah-in. On its weekend of release Voice Of Silence became the number 1 film at the Korean box office. It’s captivating story follows an unlikely friendship between a reluctant kidnapper and his 11 year old captive.

There will also be an online talk with Voice of Silence director Hong Eui-jung on 4th July at 12 noon. 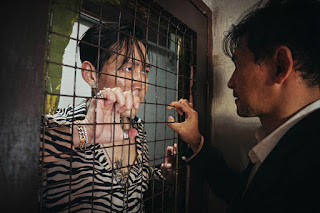 Read Ren Zelen's review of Deliver Us From Evil here

Deliver Us from Evil is the second highest grossing film in Korea of 2020. It is a lean, slick, and action-packed chase movie following a black ops agent turned killer-for-hire contracted to find the kidnapped daughter of a murdered ex-girlfriend. This thrilling cat and mouse game will leave viewers on the edge of their seats from start to finish. From director Hong Won-chan, writer of acclaimed hit The Yellow Sea, and Parasite cinematographer Hong Kyung-pyo. 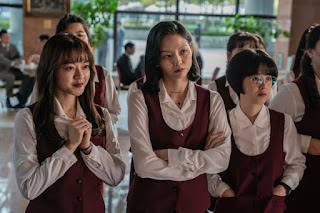 Stylish 90s-set feature Samjin Company English Class is the award-winning third film in the lineup. Also the number 1 film in Korea on its weekend of release, this captivating drama explores discrimination in the workplace as three female employees set out to uncover a company-wide scandal. Starring Go Ah-sung (Snowpiercer, The Host).

22 June: Deliver Us From Evil at Edinburgh Filmhouse:
https://www.filmhousecinema.com/showing/deliver-us-evil

24 June: Deliver Us From Evil at Genesis Cinema:
https://genesiscinema.co.uk/GenesisCinema.dll/WhatsOn?Film=23208554