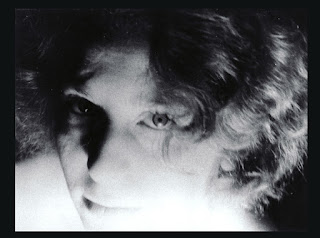 The BFI, the Commission for Looted Art in Europe and the Bundesarchiv, in partnership with the Themerson Estate and LUX, have announced the major rediscovery, restitution and restoration of Stefan and Franciszka Themersons’ long lost 1931 anti-fascist masterpiece Europa...

Originally believed to have been destroyed by the Nazis, Stefan and Franciszka Themersons’ incendiary film was re-discovered by chance in the Bundesarchiv, Berlin, in 2019, 80 years after it was seized in Paris during the Second World War. On behalf of the Themerson Estate, the Commission for Looted Art in Europe negotiated the restitution of the film from the Bundesarchiv which had preserved the original nitrate film since the reunification of Germany in the 1990s. The restitution of Europa in July this year is the first time a unique film masterpiece has been restituted from Germany in decades. Europa has now been donated by the Themerson Estate to the BFI National Archive for long term preservation. Housed at the BFI’s Master Film Store in Warwickshire, it has been brought together with original material from the Themersons’ other surviving films, most made after they arrived in England during the war and where they lived for the rest of their lives.

Anne Webber, Co-Chair of the Commission for Looted Art in Europe, said: “We are delighted to have achieved the restitution of this remarkable work of art, lost for so long and believed to have been destroyed by the Nazis, but now available for audiences across the world to appreciate. We are grateful to the Bundesarchiv for all their cooperation and hope this will lead to many other films seized by the Nazis being found and returned.”

Michael Hollmann, President of the Bundesarchiv, added, “The Bundesarchiv is committed to securing and protecting its collection of more than 160,000 films comprising over 1 million film reels as well as possible. But in a few cases, we have learned that a film does not belong in our collection. We very much welcome the successful restitution of Europa and we hope that it will reach a very wide and interested audience.” 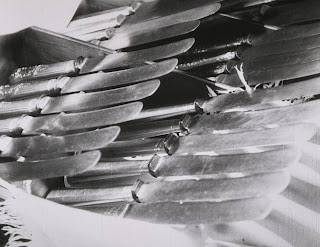 Fully restored in 2K, Europa will receive its world premiere at the 65th BFI London Film Festival in partnership with American Express on Wednesday 6th October at BFI Southbank, the first time that the film has been seen since the early 1930s. Hosted by Will Fowler, BFI National Archive Curator of Artist Moving Image, the Europa LFF event will welcome special guests to discuss the story of the work's creation and context and the film’s loss and restitution as looted art. Also showing will be the two reconstructions of Europa created during its absence.

Ben Roberts, CEO for the BFI said: “We are honoured to be part of this valuable film’s incredible story, by preserving Europa’s original nitrate film in our collection and helping to make this significant piece of anti-fascist work available now and for the future. The BFI National Archive has worked closely with the estate of Franciszka and Stefan Themerson, LUX and the Commission for Looted Art in Europe to bring the film to UK audiences. A major piece of European avant-garde filmmaking, long presumed lost or destroyed by the Nazis, the film’s rediscovery now has been a positive example of cultural collaboration and cooperation. We are delighted to finally reunite Europa with the Themersons’ other original work held by the BFI.”

Benjamin Cook Director for LUX added, “This is truly one of the most important film rediscoveries of recent years, a major lost work of the European avant-garde and an affirmation of Stefan and Franciszka Themersons’ important contribution to cinema history. We are thrilled to have played a part in the rediscovery of the film and its donation to the BFI National Archive and excited that Europa will join the Themersons’ other films to be distributed worldwide through LUX Distribution in the coming months.” 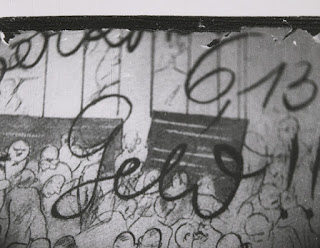 The Themersons were Polish artists who met in Warsaw in 1930 and began a lifelong collaboration as writers, illustrators, publishers and avant-garde filmmakers. Made in Warsaw, in the couple’s bedroom, Europa was their second film, and the first significant avant-garde film made in Poland.

A startling prescient outcry against the rise of fascism in Europe, based on Polish poet Anatol Stern’s 1925 futurist poem of the same name, Europa utilises an incredible array of avant-garde film techniques; photograms, collages and repetitions to translate words into a montage of images and ideas that articulate the horror, inequality and moral decline that the artists witnessed from Poland, with Europe at the edge of a precipice. It was among the greatest achievements of European avant-garde film of the time.

The Themersons took one copy of each of their five films, including Europa, to Paris when they moved there in 1938. With the outbreak of war, Europa was deposited for safekeeping at the Vitfer Film Laboratory, together with the other four films, when the couple volunteered to join the Polish Army. All five films were seized from the film lab by the Nazis in 1940 and always believed to have been destroyed and lost forever. 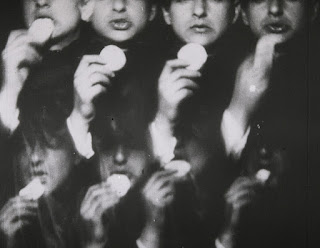 Recognised as an important piece of avant-garde filmmaking, whilst Europa may have been lost it was not forgotten and there were several attempts to re-make and re-imagine it. Stefan Themerson made a reconstruction with the London Film-Makers Co-op in 1983 using surviving stills from the film, and in 1988, Piotr Zarębski, in homage to the Themersons, made his own reconstruction.

Both Franciszka and Stefan died in 1988, still believing that Europa had not survived. It was only in 2019 that their niece and heir Jasia Reichardt learned from Poland’s Pilecki Institute that a copy of Europa might be in the Bundesarchiv. In February 2020, the Commission for Looted Art in Europe was contacted by Robert Devcic, agent for the Themerson Estate, for help to identify and recover the film, and to negotiate its restitution from the Bundesarchiv.

The Commission’s research revealed that, after seizure in Paris, the original nitrate film of Europa had entered the Reich Film Archive (Reichsfilmarchiv) in Berlin and by 1959 it was in the holdings of the East German State Film Archive (Staatliches Filmarchiv). After the reunification of Germany in 1990, the Film Archive became part of the German Federal Archives (Bundesarchiv) where the film had remained ever since. The Commission found there were two copies of the film in the Bundesarchiv, the 35 mm nitrate copy left at Vitfer Laboratories in 1940, and a preservation copy made by the Bundesarchiv.

Returned to the UK in July this year, Europa was subsequently restored by Fixafilm in Warsaw with a newly commissioned soundtrack composed by Lodewijk Muns. Both original copies and the restoration film files for Europa were donated by the Themerson Estate to the BFI National Archive, which holds the three surviving films made by the Themersons, two made in England for the Film Unit of the Polish Government-in-Exile: Calling Mr. Smith (1943) and The Eye and the Ear (1945) as well as the Polish-made The Adventure of a Good Citizen (1937). Their four other films seized in Paris in 1940: The Pharmacy (1930), Moment Musical (1933), Short Circuit (1935) and the Paris copy of The Adventure of a Good Citizen (1937) remain missing.