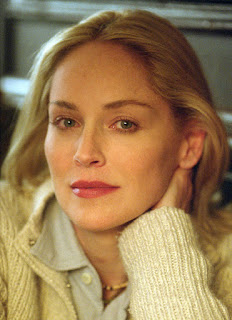 Susan Omand goes against her basic instincts and comes up with a top ten of Sharon Stone films...

It probably says a lot more about my own movie viewing habits than it does about Sharon Stone’s career that, when I found out it was her birthday yesterday (10th March) and I went looking at her filmography to try and come up with a top ten, I discovered that I hadn’t seen anything she’s been in in the last 15 years. That’s not because she hasn’t been busy though, because she’s had film and TV roles aplenty, not least her recent run in The New Pope drama series and an upcoming film with Martin Scorsese and Meryl Streep that, at the very least, should be box office gold with a team up like that. And, from the looks of all the pre-production work that’s listed for her in IMDb, she’s going to be gracing our screens big and small for a long time to come.

No, I remember Sharon Stone from her “also starring” days, when she was never quite the headline act of the film that she is now, even though her name and face were often on the posters. Yet she still always manages to steal whichever scene she is in. So here, in vague order, are my top 10 Sharon Stone films. Yes, ten. It was going to be a top 5 but, once I had whittled the list down to 5 I found 5 more that really should get a mention, so you're getting 10.

Here's the five films that could have easily swapped into positions 4 and 5 of my original top five below. 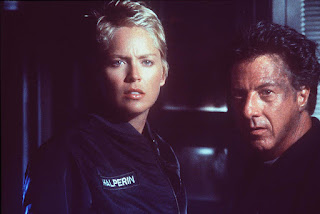 Interviewer : I see you have a scar on your neck.
Beth : Car accident.
Interviewer : Were you drinking?
Beth : Yeah - but I wasn't driving.

This is a film that very few people remember, starring Dustin Hoffman and Samuel L Jackson alongside Stone in an adaptation of the Michael Crichton novel about a mysterious metal sphere being found at the bottom of the ocean. If you enjoy psychological thrillers, give it a look. 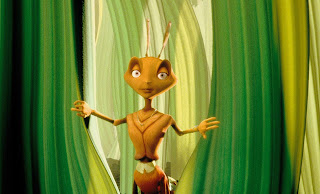 One of the few films starring Woody Allen that I really enjoyed sees Sharon Stone playing a princess, Bala, in animated ant form. What I love about this film is that it's a more "grown up" cartoon without straying into true darkness and violence - it was one of the few at the time that knocked the sugar coating off the Disney films. 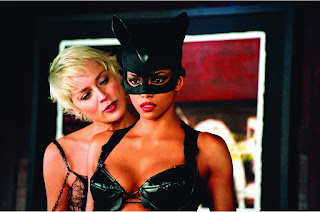 Laurel Hedare : [to Catwoman] You're not a hero, you're just a little girl playing dress up.

Oh, what? I enjoyed Catwoman as a film ok? And it's the most recent thing I've seen with Sharon Stone in by about 5 years so I kind of had to include it. She is wonderfully acidic in this though. 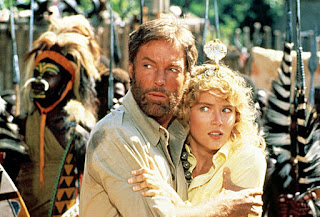 Jesse Huston : [Indicating the twin mountain peaks] if we'd crashed between them, we'd be at the mine!
Allan Quatermain : Fine! Next time we steal a plane, I'll let you crash it!

From the newest film on my list to the oldest... by about 5 years (yes, it seems I only watched Sharon Stone films in the 90s). This one, and its sequel Allan Quatermain and the Lost City of Gold were Indiana Jones style adventures that starred Richard Chamberlain in the lead role. Great fun if not a great budget. 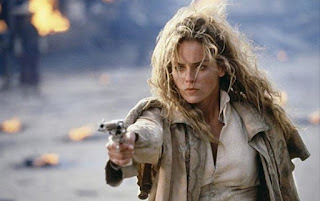 Ace Hanlon : You wanna play poker with me, little lady?
Ellen : Looks like you're having a pretty good time playing with yourself.

One of the few films starring Sharon Stone that actually felt like it STARRED Sharon Stone! This time she wasn't a supporting role or a "leading lady" she was front and centre, independent and she kicked ass.

And here's the two films that any of the five above could swap out to make my top five. 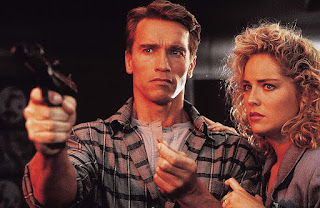 Lori : No wonder you're having nightmares. You're always watching the news.

OK, I will admit it, I watched this because it was a Schwarzenegger film and Sharon Stone just happened to be in it too. But it's still a bloody good film! 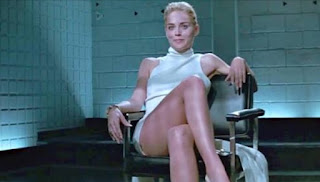 Yes, it did have to be somewhere on the list but, no, it's not in my top three because it took itself too seriously for the number of plot holes in the film and the cop out ending. No fault of Stone's, who made a good bad guy, but the film has now become much more about "that scene" in the media than anything else and that's really all it deserves.

On to my top three: 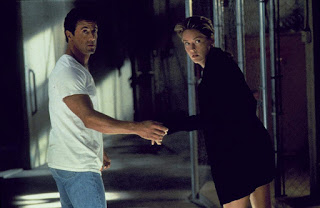 May Munro : You know, the next time you order a hit you might want to consider taking out your decorator.
Tomas Leon : You like to live dangerously, don't you?

I know, I know, it's a Sylvester Stallone film but it's also great for Sharon Stone in a role that could have been very generic, a woman ordering a hit on a mafia family, but she lifts it above the normal and her on-screen chemistry with Stallone sizzles more than in any role I've seen her.

Gus Hale : How can I call you when I don't know your name?
Carly Norris : How can you not know my name if you knew my apartment number?
Gus Hale : Our doormen are spoiled, five bucks gets you only half the information.

Another much under-rated film, being classed by many as style over substance (the cinematography is gorgeous!) with Sharon Stone starring alongside William Baldwin and Tom Berenger in a modern murder mystery adaptation of the Ira Levin thriller. 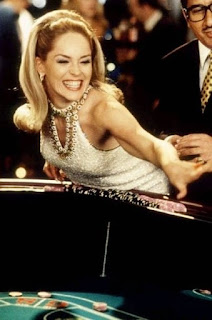 Nicky Santoro : I told you this was fucking dangerous. Remember I said, "Ginger, this is a dangerous situation, be very careful," you fucking yes me to death.
Ginger : If it's so fucking dangerous, then why don't you kill him?

More than any other film on the list, for me, this was the movie that made Sharon Stone a Hollywood force to be reckoned with. To stand out on screen beside the heavy-weights of De Niro and Pesci takes a lot of doing but not only does Ginger mesmerise Rothstein and Santoro, Sharon Stone becomes more than "eye candy casting" and breaks through as a character actress in her own right.