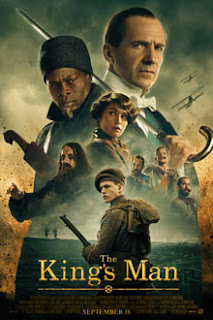 "This will not be the war of heroes." Watch the latest trailer for The King's Man...

As a collection of history's worst tyrants and criminal masterminds gather to plot a war to wipe out millions, one man must race against time to stop them.

The King's Man hits cinemas (assuming there are cinemas to hit) on September 18th.