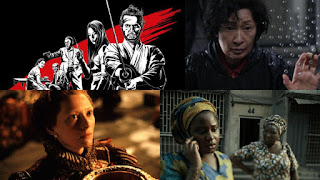 With BFI Southbank currently closed due to new government restrictions, the BFI continues to offer audiences a rich cultural programme of films and events to enjoy from their own homes...
Press Release
BFI Southbank seasons and events originally planned for November and now available to enjoy from home include PLAY FOR TODAY, FILM AFRICA, NEAR THE JUGULAR, WOMEN MAKE FILM and the BFI Distribution release of MOGUL MOWGLI (Bassam Tariq, 2019), which will be released on PVOD tomorrow. Ticket holders for screenings in November have been offered a refund, or the opportunity to make a charitable donation to the BFI, helping the organisation preserve the world's most significant collection of film, held by the BFI National Archive, and to deliver cultural and education programmes and support filmmakers of the future.

This month also marks the launch of a new Sight & Sound campaign that celebrates cinemas themselves, a positive reminder of what makes them so special and important. MY DREAM PALACE – which is an expansion of the established monthly column in the magazine – will feature contributions from Sight & Sound staff and writers, the wider BFI team, filmmakers from across the world and Sight & Sound readers and social followers, who will be encouraged to share memories, stories, pictures and videos using the hashtag #MyDreamPalace.

Filmmakers confirmed to contribute will include Edgar Wright, Francis Lee, Viggo Mortensen and Mark Cousins, with pre-existing words from Małgorzata Szumowska, Craig Roberts and Cate Shortland also being re-published as part of the campaign. MY DREAM PALACE will culminate in a print special in the Winter issue of Sight & Sound, out on 14th December.

BFI Blu-ray releases in November include SHORT SHARP SHOCKS (23 November), a BFI Flipside presentation of eerie and eccentric British shorts once shown in cinemas, and a Limited Edition release of Mathieu Kassovitz’s incendiary 1995 classic LA HAINE (16 November) packed with over 5 hours of extras. The BFI AT HOME series, which launched when the pandemic first took hold, has (virtually) welcomed guests from around the globe over the past 6 months; audiences can delve into hours’ worth of discussions and Q&As for free on BFI YouTube with guests such as Naomie Harris, Asif Kapadia, Werner Herzog, Rosamund Pike, Riz Ahmed, Rose Glass, Andy Serkis, Noel Clarke and many more. Forthcoming BFI AT HOME events will feature online discussions with the cast and creatives of HIS DARK MATERIALS, and an online conversation with director Ben Wheatley, to mark the release of REBECCA (Ben Wheatley, 2020).

BFI Player continues to add new and classic films to its vast array of curated collections, with new titles being added in November including:

The BFI’s landmark season BFI JAPAN has been keeping film fans occupied for the past 6 months, with new thematic collections being added to the subscription service regularly – from CLASSICS to CULT and KUROSAWA to INDIE. The latest collection, J-HORROR has just been added to the service to coincide with Halloween, and celebrates the phenomenon that was kick-started by directors such as Hideo Nakata, Shin'ya Tsukamoto and Takashi Miike, who all made waves internationally with their innovative and terrifying brand of horror. Titles streaming now include:

Find out more at https://player.bfi.org.uk/subscription/collection/j-horror

As part of BFI AT HOME, and to launch the J-HORROR collection, audiences can also watch free Q&As on BFI YouTube with cult filmmaker Shin’ya Tsukamoto, who talks to writer Tom Mes about his career, cyberpunk, the J-horror label and working with Martin Scorsese; and Chigumi Obayashi, who speaks about the legacy of her father, Nobuhiko Obayashi, whose debut feature HAUSU (1977) helped gather him a cult following when it was released on DVD a decade ago. 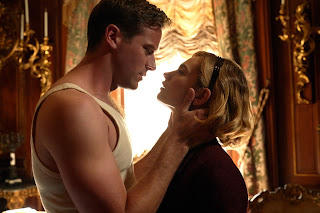 The BFI AT HOME series, which launched when the pandemic first took hold, has (virtually) welcomed guests from around the globe over the past 6 months – audiences can delve into hours’ worth of discussions and Q&As for free on BFI YouTube. Events so far this month have included

Seasons and events planned for BFI Southbank in November can still be enjoyed from home in their online iterations: 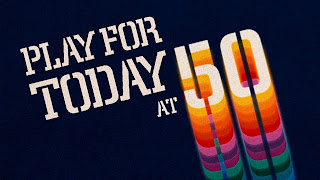 BFI Southbank’s 50th anniversary celebration of PLAY FOR TODAY can be enjoyed from home via a BFI AT HOME panel discussion on BFI YouTube, with special guests including PLAY FOR TODAY writers and producers David Edgar and Kenith Trodd, contemporary television drama writer Jack Thorne (HIS DARK MATERIALS, NATIONAL TREASURE) and BFI National Archive Curator Lisa Kerrigan, hosted by writer/director John Wyver. A new BFI Blu-ray box set release – Play for Today: Volume One – is released on 16 November, featuring plays by the likes of Ingmar Bergman, Julia Jones and Colin Welland and featuring a roster of eminent British actors. The release brings together seven iconic dramas on Blu-ray for the very first time, in a collection that exemplifies the breadth and brilliance of this ground-breaking series.

To mark the 50th anniversary the BFI National Archive has also collaborated with the BBC on a new radio documentary for Archive on 4 and BBC History have also collaborated on a BBC Canvas online exhibition with BFI and Royal Holloway University of London. The documentary and exhibition will give an insight into the unique history of Play for Today through rare archive materials held in both the BBC and BFI National Archive collections. 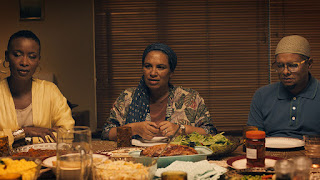 FILM AFRICA, London’s biggest celebration of African and African diaspora cinema presented by the Royal African Society, continues online on BFI Player until 8 November. The online programme, which is free for BFI Player subscribers, features a selection of 8 narrative and documentary films including:

Find out more at https://player.bfi.org.uk/subscription/collection/film-africa 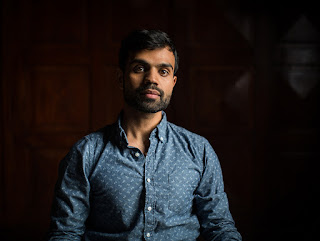 NEAR THE JUGULAR is a small collection of films (rental and free) curated by writer/director of MOGUL MOWGLI (2019) Bassam Tariq and co-writer, producer, and star Riz Ahmed. This collection, which was due to be a major season at BFI Southbank in November, looks at their cinematic influences, including films that have inspired MOGUL MOWGLI, which will move to a PVOD release from 6 November, following the closure of cinemas.

Films in the BFI Player collection are:

- Set in a wintry Mississippi delta, Lance Hammer’s bold debut feature BALLAST (2007) charts the effects of a man’s suicide on his nearest – a twin brother – and his not-so-dearest: namely, his estranged wife and 12-year-old son.

- In Bong Joon-Ho’s MOTHER (2009) the notion of maternal love is explored to eye-opening and thought-provoking effect, as an elderly woman, whose beloved son has been charged with the brutal murder of a young girl, investigates the crime for herself.

- Yasujirô Ozu’s masterly TOKYO STORY (1953) is a beautifully nuanced exploration of filial duty, expectation and regret, told through a simple tale of an elderly husband and wife's visit to Tokyo to see their grown-up children.

- “A testament to the importance of strong female authorship. This is the kind of work is made when women are given control of writing, directing, producing and editing” said Bassam and Riz about Anna Rose Holmer’s THE FITS (2015), the story of an 11-year-old who joins a tightly knit dance team, only to see her desire for acceptance thwarted., when a mysterious outbreak of fainting spells plagues the team.

- In Pawel Pawlikowski’s Oscar-winning IDA (2013) a young woman about to become a Catholic nun is told by her aunt – her only living relative, a hedonistic judge and former member of the anti-Nazi Communist resistance – that her parents were in fact Jewish.

- In Alonso Ruizpalacios’ acclaimed debut GÜEROS (2014), which Bassam cites as the “best first film ever made”, a single mother who feels unable to cope with her young son sends him to stay with his brother, a student in Mexico City. 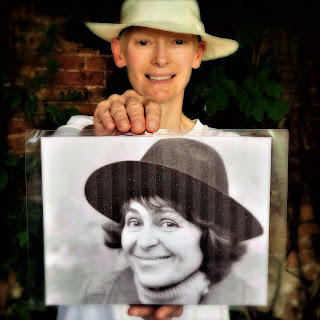 Filmmaker Mark Cousins, whose epic documentary WOMEN MAKE FILM: A NEW ROAD MOVIE THROUGH CINEMA, was released on BFI Player and on BFI Blu-ray in May, curated a companion season for BFI Southbank which now moves to an online iteration, with films including:

Find out more at https://player.bfi.org.uk/subscription/collection/women-make-film
Email ThisBlogThis!Share to TwitterShare to Facebook