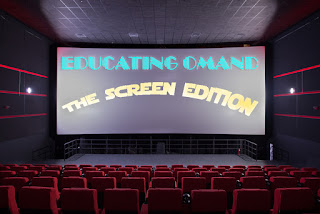 In an effort to further her cinematic education, Susan Omand has been set "homework" of watching films released after the 1980s that she has missed out on. Here's the reason....

After finding out that Susan Omand had massive gaps in her music knowledge past about, whenever The Bay City Rollers split up, the crew at Madius Comics, who are huge music nuts, and I set her the task of learning stuff. All the albums and the extra homework is over on our sister site AlbieMedia and to be fair I think we have been successful in most cases. But that got me thinking. What if the lack of knowledge in one area of popular culture had spread? Like a rapid but not really life-threatening disease? So, I set about an experiment. I casually dropped television and film stars whose work I admired into everyday conversation to garner some sense of Susan’s screen knowledge. To say I am disappointed in her would be a massive understatement. I am not sure she has seen a studio film since Labyrinth and, whilst her reviewing and passion for the small indie projects we get is unparalleled, I don’t think she has watched a film for fun in all that time, and loving Magnum P.I is hardly television street cred. Some of the actors I remarked to her that I liked left her nodding along politely but I knew that only reviewing the indie screeners we get in may have done some permanent harm to her overall screen learnings.

So, through tears of rage I decided to set her a similar task to the one we ran on AlbieMedia with music. I picked 12 actors with a fifty-fifty gender split whose work I love. I sent the list to Susan and was surprised that she knew a couple of the names but hasn’t seen or doesn’t remember seeing, often quite the criticism, any of them in anything significant, certainly not any of the choices I’ve picked or enough of their body of work to tell me I’m wrong. It appears, as you’ll see from the list that the situation is worse than I thought it was and some serious education is needed... either that or a psych evaluation but this seems cheaper. The list and my choices follow, can I save Susan from herself? Can I maybe add some entertainment in there between her sterling work on film festival fare?

I think most of us ‘normal’ folk can agree that we all know who these stars of the screen are, and we have all seen something they have been in. I’m pretty sure if I could be bothered to count any votes that we have all watched at least one project they have been involved in that we loved. Except Susan. So here is this term's task. Susan must review a film or television show that I have picked for each star to see if the project mentioned helps her become a more rounded individual, or at least someone you may consider inviting to a party if everyone else you know has declined an invitation. Will it work? I hope so. 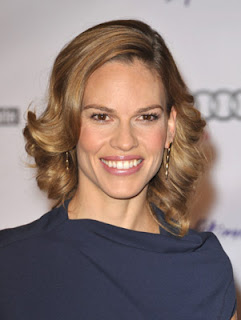 Hilary Swank – This is a tough choice as Swank elevates any film she is in. I finally got down to a choice between Boys Don’t Cry and Million Dollar Baby and a flip of the coin means Susan must watch MILLION DOLLAR BABY. [READ SUSAN'S ARTICLE] 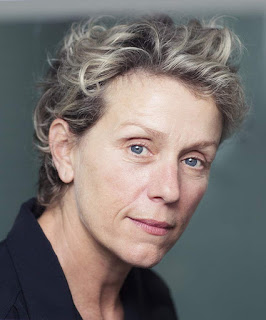 Frances McDormand – Another tough one to pick just one title for, I mean how do you even get through life without watching a McDormand film? Just purely because I know Susan doesn’t really get The Coen Brothers and so this seems like a two for one opportunity I am picking FARGO. [READ SUSAN'S ARTICLE] 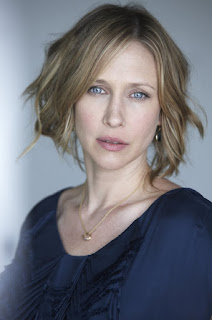 Vera Farmiga – I love Vera in absolutely everything she appears in but when you look at her career thus far the awards recognition I think she deserves is somewhat lacking. Bates Motel deserved the nods it got but there is a film in her back catalogue that deserves more attention than it gets and its what has produced the ONLY Oscar nomination Farmiga has yet received. UP IN THE AIR. [READ SUSAN'S ARTICLE] 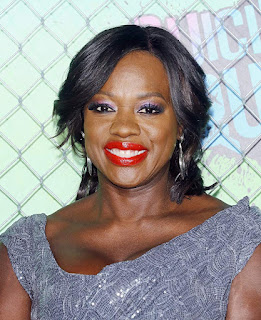 Viola Davies – Just purely because such a wonderful actress had to be put on the list in the first place I am half tempted to make Susan sit through Suicide Squad, but I won’t as that’s not fair to Viola. Instead Susan is getting an incredible double performance from Viola and Denzel Washington. FENCES. [READ SUSAN'S ARTICLE] 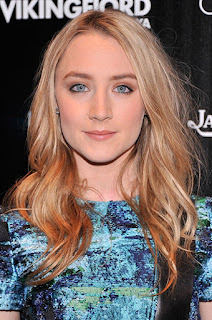 Saoirse Ronan – Not knowing about this choice of star is almost forgivable, I said almost, as the career is very young, and Susan is really, really old but there is still enough in the back catalogue to interest even a passing film fan. I was down to a flip of the coin again on this one as I couldn’t choose between The Lovely Bones and Hanna. I got out my monthly expenses of 5 pence and it landed on HANNA. [READ SUSAN'S ARTICLE] 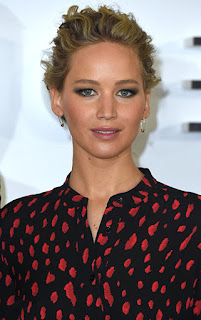 Jennifer Lawrence – The wonderful Jennifer Lawrence does split opinion I know, but I think she is an incredible actress and to have an opinion on her Susan YOU HAVE TO HAVE SEEN HER WORK! Lawrence has been busy and there is a lot to pick from. Some independent type stuff, some big glamorous Hollywood fayre, but the film that had the most impact on me when I saw it was a low budget and very moving film from Lori Petty, yes Tank Girl, about her upbringing. Its not a film for the faint at heart but a film that sticks with me to this day, so I can’t really pick anything else. THE POKER HOUSE (Known in some regions as Behind Closed Doors.) 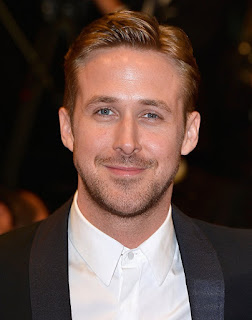 Ryan Gosling – How the hell do you not know Ryan Gosling? The fact I must include this film star on his way to legendary icon status shows you just how much trouble Susan’s film knowledge is in. I need more coins because my finalised list is Blue Valentine, Drive, The Notebook, Ides of March, and Only God Forgives. Eany Meany Miney Moe, Catch a Gosling by His Toe… DRIVE. 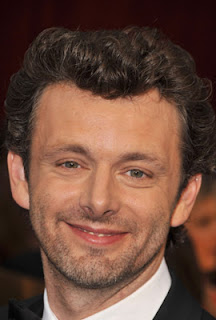 Michael Sheen – This was the actor that broke the camels back, or something, I was discussing the new series with Sheen and Tennant that was written by Neil Gaiman and Susan didn’t have a scooby who Sheen was. I listed many titles to see if maybe she was just having an off day, only two I listed had him starring as Tony Blair which I thought showed restraint on my part, but I got nothing back. Tell a lie, she vaguely remembers a dude with long hair in The Underworld franchise. Give me strength. FROST/NIXON. 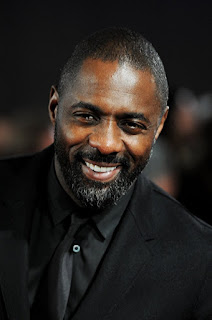 Idris Elba – Another unbelievable omission from her screen knowledge, but an easy one to fix. LUTHER SERIES 1 (EXTRA CREDITS FOR WATCHING MORE THAN ONE SERIES). 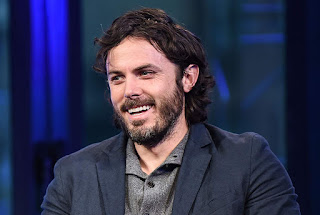 Casey Affleck – I do know that Susan has heard of Casey’s brother Ben, so we aren’t quite in dire straits yet, but I struggle when it comes to picking a title for Casey as I enjoy him mainly when he is a small part of an ensemble rather the main guy carrying the film. Still I must pick something, and this is the actor I am most worried about as I really don’t think she is going to like him no matter what I pick. THE ASSASSINATION OF JESSE JAMES BY THE COWARD ROBERT FORD. This way Susan can at least watch a Brad Pitt film, I know she’s vaguely heard of him. 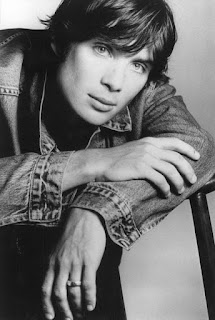 Cillian Murphy – Urgh, I am getting embarrassed having to write these names now and apologise to anyone to anyone affected by Susan’s utter disregard for screen stars in any film or show released after 1986. Murphy is just superb in everything and should be in everything. He has impressed in many a project for both big and small screen and whilst I could flip a coin again if needed I am just going to plump for RED EYE. 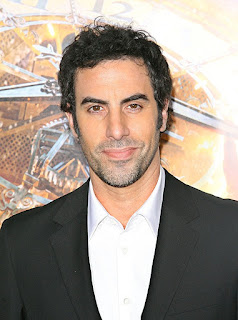 Sacha Baron Cohen – I’ll let Susan off with this one as Sacha is not to everyone’s taste and its more than possible that a passing comment from someone about Ali G or Borat could have meant that Susan didn’t even try. Its probably not the case, but I am trying to end on a nice note. I wont pick any of his television appearances though, or the film versions of his alter ego because I have met Susan and that style of humour will fall on deaf ears and I want to try and educate not lose a mate. Instead I am going for a musical, a film I didn’t expect to see him in but one in which he really impressed me., no not Les Miserable I of course mean SWEENEY TODD: THE DEMON BARBER OF FLEET STREET.